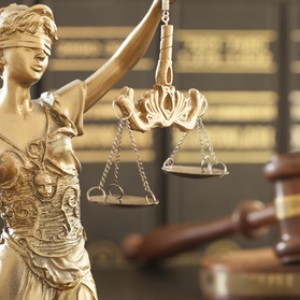 If you are a government contractor facing a criminal investigation or indictment, you must be aware that under Title 18 USC 1001 where it is a crime to knowingly and willfully make any materially false, fictitious or fraudulent statement or representation to the government. This could be during an investigation, or submission of false information to the contracting officer or some other government official. When you make a false statement to the DOJ attorneys or federal investigators that would also fall under 18 USC 1001.  Keep in mind that the government official does not have to be a direct employee. The liability jurisdiction is relatively broad. This is the kind of information that triggers your consultation with a contractor defense lawyer. See also subcontractor liability for false claims.

The falsehood of your statements can be put to the test to first make sure that it was material. This means that the statement has the “natural tendency to influence or [is] capable of influencing, the decision of the decision-making body to which it is addressed.” SeeUnited States v. Gaudin, 515 U.S. 506, 510 (1995).

(a) Except as otherwise provided in this section, whoever, in any matter within the jurisdiction of the executive, legislative, or judicial branch of the Government of the United States, knowingly and willfully—

(1) falsifies, conceals, or covers up by any trick, scheme, or device a material fact;

(2) makes any materially false, fictitious, or fraudulent statement or representation; or

(3) makes or uses any false writing or document knowing the same to contain any materially false, fictitious, or fraudulent statement or entry;
shall be fined under this title, imprisoned not more than 5 years or, if the offense involves international or domestic terrorism (as defined in section 2331), imprisoned not more than 8 years, or both. If the matter relates to an offense under chapter 109A, 109B, 110, or 117, or section 1591, then the term of imprisonment imposed under this section shall be not more than 8 years.

(b) Subsection (a) does not apply to a party to a judicial proceeding, or that party’s counsel, for statements, representations, writings or documents submitted by such party or counsel to a judge or magistrate in that proceeding.

(c) With respect to any matter within the jurisdiction of the legislative branch, subsection (a) shall apply only to—

(1) administrative matters, including a claim for payment, a matter related to the procurement of property or services, personnel or employment practices, or support services, or a document required by law, rule, or regulation to be submitted to the Congress or any office or officer within the legislative branch; or

(2) any investigation or review, conducted pursuant to the authority of any committee, subcommittee, commission or office of the Congress, consistent with applicable rules of the House or Senate.

What Does the Government Attorneys Have to Prove Under 18 USC Section 1001?

To be convicted by government attorneys for violation of 18 USC Section 1001 false statements, the government must prove beyond reasonable doubt all elements of the crime:

It should be noted the prosecutor demonstrative dishonesty o your part and not just that the statement was false. Prosecutors must show the willfulness of you false statement and that you knew it was false when you made the statement. If you are a government contractor under investigation, beware. Typically, when the government has a weak case, watch for these types of threats against you. The Department of Justice states that illegal false statements must be “knowingly and willingly.” Many defendants will testify they were not intentionally dishonest or they simply didn’t know they were violating the law.

If you are facing a government investigation for False Claims Act as a federal government contractor, and have issues with 8 USC 1001 penalties, give the contractor defense attorneys at Watson & Associates, LLC today. Call us at 1.866.601.5518