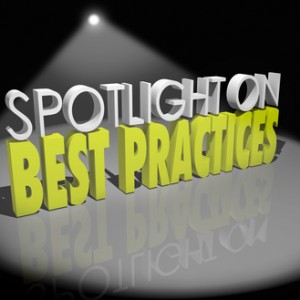 In a recent decision, Metcalf Construction Company v. United States, the Federal Circuit appeared to relax the standard needed to find a breach of the expressed covenants of good faith and fair dealing with government contracts.

Government contractors seeking to litigate and claim that the agency engages in good faith violation of contract should be extremely careful. Without the proper allegations at the agency level, your appeal will be exposed to a motion to dismiss by the agency attorneys.

Metcalf involves a construction contract claims between the federal government and a private company that was engaged to design and build military housing; soil problems at the building site caused delays and increased construction contract claims prices, and Metcalf was not paid for total cost of construction even though the contract did not state that Metcalf was to bear the risk of significant errors in the pre-contract government assertions about the site conditions.  The case was remanded for further proceedings.

“Every contract imposes on each party a duty of fair dealing in its performance and enforcement.”  Restatement (Second) of Contracts § 205.  Failure to fulfill this duty will constitute a breach of contract.

These principles also apply to contracts with the federal government. Included in this implied in law contract are is the duty not to hinder and the contractual obligations to cooperate; inherent in the good faith meaning, a party’s contractual duties cannot be expanded beyond the express contract nor create duties inconsistent with the contract.  Both the government and performing companies must show good faith in contract law at all times.

The trial court in Metcalf misread precedent, specifically Precision Pine, to state that unless the government specifically targeted action to get the benefit of the contract, there is no breach of good faith and fair dealing.  However, the Federal Circuit noted that to find a breach, there need not be a good faith violation of an express provision in the underlying contract and further noted that the government’s argument went too far.

The breach, however, does need to be connected, though not limited, to the bargain struck in the contract.  An act will not be found to violate the duty if it would be at odds with the terms of the original bargain.  To determine if there was a breach of good faith in contract law on construction projects, there needs to be a correct understanding of the contract.

How is the Government Bound By the Good Faith and Fair Dealing Requirement?

Simply because the contracting agency is also the federal government, it is still a party to the contract. Therefore, it is not excused from treating you fairly under the terms of the contract. When you allege that the contracting agency violates this common law requirement, you want to point to specific facts and evidence. Without support, the Boards of contract appeals and other appellate courts will probably rule that your allegations are nothing but conclusions and that you have not provided any evidence to support the allegation.

The covenant of good faith and fair dealing, implied by law in every contract, exists merely to prevent the federal government or any contracting party from unfairly frustrating the other party’s right to receive the beneﬁts of the agreement actually made.

The implied in law contract duty applies to every government contract.  For example, in Centex v. United States, the covenant was applied to a payment provision that was not in the express contract.

Good Faith in Contracts Presumption: Something that is important to remember, however, is that when dealing with government contracts, government officials are presumed to demonstrate good faith in contracts when dealing with large and small businesses. Contracting officers must act in good faith in the discharge of their duties.  Morris v. United States.  This presumption requires “well-nigh irrefragable proof” to the contrary to be abandoned.  Knotts v. United States.

If you are concerned the government committed a breach of implied covenant of good faith and fair dealing in performance of contract duties, please call our construction contract claims and dispute lawyers at 1-866-601-5518 for a free consultation.