In government construction contracting, a general contractor often litigates contract disputes about construction scope of work changes but often finds out after thousands in litigation costs, that it has either failed to follow FAR procedure or took a substandard technical approach to get paid.  For large federal projects, the 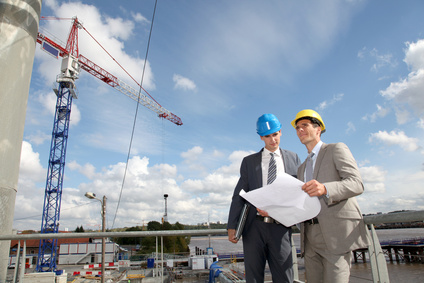 Therefore, as a business executive with concerns about scope of work changes on federal construction projects, you should make sure that your employees and project managers are trained in handling agency requests to do scope vs out of scope work and how to deal with change order requests, scope work demands from contracting officer representatives or others.

When it comes to government contract changes, the bottom line is that when you have reason to know that there is a change of scope in construction, you must immediately notify the contracting officer. Why? Because there is too much litigation as to what is a reason to notify.

Did You Get Out of Scope Work Change Order?

Many government construction out-of-scope work changes and contract disputes occur when the government initiates an order to perform additional work without a change order. Oftentimes, the contractor did work without change order follow through. Companies should be extremely careful in these situations when it comes to the general contractor scope of work.

Without getting some level of permission to proceed from the contracting officer, for out of scope of government work, a valid construction change order form, or without some agreed-upon change control process in place, you may run the risk of not getting paid. Many federal construction contractors without a change control procedure in place often find that the Boards of Contract Appeals general rule in favor of the government in these types of scope change scenarios.

General Construction Scope of Work Changes Caused by the Result of Another Contractor?

Court illustration: In one case, the Armed Services Board of Contract Appeals ruled that “a contractor does not assume the risk of interference with its performance by the government’s other contractors who are also under the control of the government.” See Toombs & Co., Inc., ASBCA No. 34590 et al., 91-1BCA~23,403 at 117,423 (government’s failure to ensure timely performance of its asbestos contractor breached its duty to cooperate with construction contractor whose performance was delayed).

Documentation: Federal construction contractors should always document the details including times, the impact of schedule and how other contractors under the control of the government caused the alleged construction scope of work changes.

What is a Constructive Change in Government Contracting?

Many companies are aware that the federal government can make changes to the contract formally. This requires a modification or amendment. However, constructive changes in government contracting become a nightmare because it is not so obvious.

Constructive changes occur in situations where a court finds that the contracting agency or authorized government representative directed the contractors to do what facts were ultimately done. In this situation, the court will order the agency to pay for any misdirection under the Changes Clause.

Many companies lose out on hundreds of thousands or millions under the Contract Disputes Act simply because contractors may not recognize that such changes exist under their set of facts.

Constructive changes in government contracting can occur in several situations including faulty drawings, improper specifications, and improper or lack of information regarding parts or equipment to be purchased.

A constructive change can also occur when changes to the contract also cause the contractor to encounter new situations.  Constructive changes can be remedied by asking the contracting officer for an equitable adjustment. If this fails, then you want to waste no time submitting a proper and legal claim under the Contract Disputes Act.

No Change Order Form? Scope of Work Changes in Construction Directly From the COR?

The contracting agency sometimes has a tendency to demand scope of work changes on a construction project. This is not always intentional simply because the details in government construction can be substantial and overwhelming. See Special Rules When Appealing SBA COC & Small Business Certificate of Competency Decisions.

As a practical matter, you should always keep your project manager and cost estimator working closely together. Both of them should know the Statement of Work in great detail.

Although companies seek to build long-lasting relationships with their government customer, sometimes the project can turn sour. This sometimes can be too late to raise construction scope of contract changes via the claims process. See information about Construction Contract Claims Appeal for Government Contracts.

What Happens When the Contracting Officer Denies Your Construction Scope Claim?

Make sure to always follow the legal requirements under the Contract Disputes Act. When the CO issues a final decision, you can appeal the decision not to pay construction scope of work claims to either the Board of Contract Appeals or the U.S. Court of Federal Claims.

When filing an appeal of the contracting officer’s final decision denying your claim, you want to make sure that the initial claim provided all of the facts and documentation supporting the scope of work change.

If you are contemplating litigation because of construction out of scope work changes in a differing site condition construction contract, you have to show that

The key to success in winning a contract dispute based on construction scope of work changes goes to the fine details and facts. Construction companies make costly mistakes when seeking payment for quantum meruit or other legal theories by making unrelated legal arguments on appeal.

For help litigating or appealing contract disputes based upon construction scope of work changes, call our government construction lawyers at 1-866-601-5518.