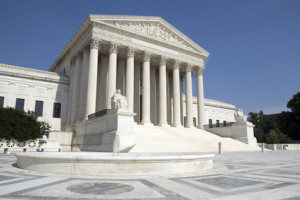 WASHINGTON, DC — On, March 25, 2008, the Government Accountability Office sustained a Fedcar Company, Ltd’s. protest of the award of a lease contract to Duke Realty Limited Partnership by the General Services Administration (GSA) under solicitation for offers (SFO) No. GS-05B-18064, for the construction and lease of a dedicated campus facility in Indianapolis, Indiana, for use by the Federal Bureau of Investigation (FBI).

The GAO ruled that the agency’s source selection was not reasonably based due to a miscalculation in the lease cost. In addition, the source selection material did not discuss the protestor’s weaknesses.

This is an example of where the government did, in fact, make a mistake and the GAO bid protest was sustained. As shown in this case, the government must document its source selection material to justify its decision.  This includes any tradeoffs, proposal strengths and weaknesses.

Protest Against the Navy Dismissed As Untimely

In yet another case, a bid protest was dismissed because of timeliness. In the Matter of: RTI Technologies, LLC, B-401075, the Protest was untimely under GAO Protest Regulations, where a protest on the same grounds was initially filed at the agency and denied, and filed with GAO more than 10 days after receipt of the denial; the protester’s receipt of a required debriefing after receipt of the denial of the agency-level protest does not toll or provide an exception to our timeliness rules where an agency-level bid protest was filed.

Here the protestor was notified by letter on January 20, 2009 of its elimination from the competition with an explanation. RTI then requested the contracting officer to reconsider its clerical error. However, the government refused. RTI then asked for a debriefing. The debriefing was given on the 27th and provided the same information as before. RTI then filed the bid protest with GAO on February 3, 2009.

The key point here is that the 10-day debriefing does not toll the deadline to filing a protest until whenever a debriefing is given. In this case, the 10-day rule applied to the date of the letter when the Navy attorneys explained its reasoning for not granting RTI its request for reconsideration. A yet better approach (safer) would be to count the ten days when RTI received the notice of elimination.

This constitutes the “knowledge of the adverse action” requirement under the bid protest rules. Many government contractors incorrectly believe that they have time to file a protest late so long as they have requested a debriefing.

This case shows a very sharp opposite analysis. Of importance, is the fact the court also considered RTI’s letter challenging the agency’s denial of the reconsideration an agency protest. In sum, contractors should not conclusively believe that all requests for debriefings will toll the ten-day bid protest filing requirement. See information about Bidding on GSA One Acquisition Solution for Integrated Services (OASIS Contracts)