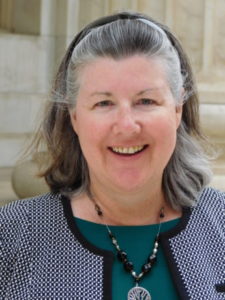 Not all federal contract requirements for domestic products can survive a challenge.  The solicitation called for Berry Amendment compliant products.  For small business Mechanix Wear, Inc. (Mechanix), the Defense Logisics Agency’s (DLA) indefinite quantity / indefinite delivery (IDIQ) procurement for and estimated 200,000 pairs of gloves, plus 210,000 in each of three option years was a bid opportunity worth fighting for.  See Mechanix Wear, Inc., GAO B-416704; B-416704.2 (Nov. 19, 2018)

Mechanix won the first round.  GAO agreed that “…the solicitation’s prohibition on foreign goat/kidskin leather is unduly restrictive of competition and contrary to governing regulations.”

Are you Berry Amendment Compliant?

When does the Berry Amendment apply? The Berry Amendment, as implemented in Army regulations, prohibits “…the use of appropriated funds for items, including clothing and handwear items, where the item is not ‘grown, reprocessed, reused, or produced in the United States.’ ” DFARS § 225.7002-1(a)(1). This restriction was incorporated into the solicitation here via DFARS clause 252.225-7012, “Preference for Certain Domestic Commodities.”

“The RFP specifications required the leather used in the gloves to be goat/kidskin… The solicitation, as originally issued, stated that while pickled-state goat/kidskin from foreign sources could be used, all tanning and processing of the goat/kidskin must be done domestically.”  The government then amended the solicitation (Amend. 0001) to completely prohibit all use of foreign sources.  “All Goat/Kidskin ‘MUST’ be 100% Domestic to include all tanning process.”

Because Mechanix’ had been dealing with reliable foreign suppliers for many years, Amend. 0001 effectively eliminated them from bid competition.  Mechanix pointed out that “…the regulations implementing the Berry Amendment expressly provide for an exception from the Amendment’s domestic source restrictions for goat and kidskins.”  Knowledge is a powerful tool.  Knowing the regulations, and the exceptions, enabled Mechanix to bring a successful case to GAO.  GAO then found that “…it was both unreasonable and contrary to regulation for the agency to impose a domestic source restriction on the goat/kidskin leather used to make the gloves being sought here.”  GAO also found competitive prejudice.

GAO recommended that the agency either provide better support for its decision to require domestic leather, or amend the solicitation.  Protest sustained, and Mechanix was entitled to reimbursement of legal costs.

The lesson learned when considering whether your company is Berry Amendment compliant is to understand that not all government contract solicitations requiring domestic products can be taken at face value.  Knowing domestic / foreign procurement details, such as the Berry Amendment, and how it interacts with Buy American Act domestic product restrictions, can result in a successful protest that opens up the chance for you to win the bid.

WHAT DID MECHANIX DO RIGHT?

One key piece of evidence was a declaration from a knowledgeable member of protester Mechanix’ sales team.  The declaration attested to “…to the favorable pricing terms and product quality Mechanix secures for goat/kidskin as a result of a long-standing and high-volume relationship with its foreign supplier.”  The board found that the “…protester does not have this same level of relationship with any domestic supplier, a fact that means it will be less likely to secure comparatively favorable pricing and product quality vis-à-vis other offerors,” and “…in light of this showing, we find that the protester has sufficiently demonstrated that the challenged domestic restriction will negatively affect its ability to compete.”  That is just one piece of the puzzle.

Another key piece of the puzzle was Mechanix’ ability to understand a complex interaction between agency regulations, the Barry Amendment, and the Buy American Act.  Mechanix was able to identify problems with the solicitation, in the form of unduly restrictive solicitation requirement, on the basis of a relatively sophisticated understanding of the applicable laws and regulations.

WHAT MISTAKES DID THE GOVERNMENT MAKE?

HOW THE BERRY AMENDMENT AND BUY AMERICAN ACT INTERACT

Let’s begin with the Berry Amendment, 10 USC  2533a, which prohibits the Department of Defense (DOD) from using its funds, appropriated or otherwise, to procure various items, including food, clothing and the materials and components thereof, tents, tarpaulins, or covers, and various other fabric and/or fiber items, as well as hand or measuring tools, if the item is not “grown, reprocessed, reused, or produced in the United States.”

The next paragraphs of the Berry Amendment set forth a number of exceptions, including “Availability Exceptions.”  For there to be an availability exception, the Secretary of Defense, or the Secretary of the military department concerned must determine that satisfactory quality and sufficient quantity of …[the]item cannot be procured as and when needed at United States market prices.

We turn to the applicable military regulations, the DFARS (Defense Acquisition Regulations), to find out if there is an “availability exception.”

It turns out FAR 25.104(a) simply lists non-available articles, including goat and kidskins.

The government’s mistake was overthinking all this, and bringing in FAR 25.103(b) – which applies to Buy American Act and requires market research.  However, FAR 25.103(b) is not referenced in the DFARS implementing the Barry Amendment.

DLA could have simply applied the FAR 25.104(a) exception, and allowed offerors to provide gloves made from foreign-sourced leather.  Instead, they unnecessarily conducted their own market research (incidentally, the protester challenged the validity of the research), and decided to issue Amend. 0001 restricting bidders to US leather.  Only one prospective bidder could meet the requirement, and their leather was of less good quality than Mechanix’ leather.

The result was GAO sent the solicitation back to the agency for them to either “provide further reasonable support” for the restriction, or amend the solicitation to be consistent with “this decision and the applicable recommendations.”

To summarize, it pays to know your supply chain, and relevant Buy American Act, Barry Act, and other foreign / domestic U.S. government procurement regulations well.  Don’t lose out on profitable government contracting opportunities unnecessarily.  Overly restrictive solicitation requirements that screen you out can sometimes be overturned. Avoiding the Pathway on Government Contract Fraud and Federal Procurement Fraud – Do You Have the Right Defense Lawyer?

For a free and confidential consultation with government contracts attorney about your Berry Amendment compliant products, Call Cheryl Adams at Watson & Associates, LLC on 1-800-601-5518 or 720-941-7200

Get a Better Idea of How We Help Clients Nationwide
Get Watson & Associates Capabilities Statement and See How We Can Help You.
Get Your Now
Speak With Our Professionals
Find out more. Get a Free Confidential Initial Consultation