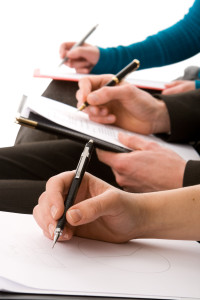 services and products. One typical example is the indefinite-delivery / indefinite-quantity IDIQ contract vehicle. By learning the basic rules, you can save thousands in unnecessary litigation. Companies often make the mistake of not analyzing the contract minimum payment provision upfront. You must avoid this mistake at all costs.

What is an IDIQ Contract?

When the quantity of orders is unknown, but the fixed period of time is known, indefinite-delivery IDIQ government contracts are the preferred methods of procurement. FAR 16.504 governs the fundamental issues and concerns with these types of contract vehicles.

The federal government typically uses IDIQ contracts for service contracts and Architect-Engineering (A-E) services. It gives the agency flexibility to meet its needs without huge commitments.

Contract Period or Duration:  IDIQ task order contract could be for one year, or one year plus a series of option years. Once awarded, the government will place task orders against the contract. If you are the only offeror, then you may still have to submit reasonable pricing.  If you are among several companies resulting from a multiple award contract, then your company may very well have to bid against other companies for an award of the new task order.

Pros and Cons of IDIQ Contracts

The first issue that many contractors ignore is that the government is essentially saying that it has worked but it does not know when and how much.  As a result, there are many pros and cons of bidding on an IDIQ contract. Bidding on a multi-million dollar government IDQ contract with a minimum guarantee payment of $25,000 for example can be a problem. This can be a very risky business proposition for a company seeking to minimize risk.
On the other hand, your company can generate a lot of revenues over a period of time, if the government’s estimates are realistic and consistent.

The Downside of Bidding on IDIQ Government Contracts

Companies often want to budget for known income. With an IDIQ contract, government contractors cannot count on a fixed income simply because the government procurement agency may not have committed to any set maximum ordering limits. At best, when publicizing their requests for proposals, government contracting agencies tend to only commit to a  minimum guarantee.

Contractors must be aware of the obligations and minimum amounts outlined in the solicitation. CEOs should also consider the IDIQ contract pros and cons of submitting proposals.

Check the solicitation language: Contractors should be aware of the basic legal decisions that address the government’s obligations when using IDIQ contracts and requirements contract vehicles.  See also FAR 16.504 -5. The Agency is typically obligated to only pay the minimum guarantee amount outlined in the solicitation. For example,  In Travel Centre v. Barram, 236 F .3d 1316, 1319 (Fed. Cir. 2001 ), the Court held:

The general rule is that if the government does not meet its minimum payment guarantee, there can be a potential breach. The facts of each case and the actual solicitation language can be important.  For example, if the contracting officer terminates an IDIQ contract for convenience but has not met the minimum guarantee, then the government would most likely be in breach of contract. See also, Consequences of Procurement Fraud Schemes & Avoiding Criminal Liability

When government IDIQ contracts contain a minimum guarantee that is low in volume but can also have very high ceiling amounts, this can be a recipe for disaster.  This is true because the cost of being prepared for the potential high-dollar orders may not be covered by the minimum guarantee payment from the government.

The next mistake to avoid is not to characterize the government’s estimates as a firm contractual amount. Even if the estimate turns out to be unrealistic, you would have a hard time prevailing on a contracting officer’s denial of a claim. See also how to Avoid Costly SDVOSB Joint Venture Mistakes – 13 CFR

Has the Government Terminated Your Contract For Convenience?

Although it seldom occurs, the contracting officer may terminate your contract for convenience. What happens if the government has not yet paid the minimum guarantee? Will you have a cause of action?

The general rule is that when the government awards a contract with a minimum guarantee payment, then the agency must honor it. This is true even if the contract has been terminated for convenience.

When Minimum Payment Guarantee May Not Apply

If you are finally awarded the contract, and there is a bid protest and the protestor wins, does the government have to honor the minimum payment guarantee on an IDIQ contract? Generally, it depends on whether there has been a notice to proceed. Have your attorney look at the specific facts in your case to get a more refined answer.

The message to contractors is to make sure that they understand that regardless of promises made by the government after performance starts, the legal obligation still stands for the agreed-upon minimum payment in the original task order contract. See also, How Do Federal Government Contractors Deal With COVID-19 Problems.

The government’s estimates may not be always realistic. Solicitation can create false hope when especially when there is also a small minimum guarantee payment or orders from the government. Learn how to minimize risks or find out if the agency has breached the contract.

For help with your delivery order contract, IDIQ minimum guarantee payment, and the legal issues associated with this type of procurement, call our government contract attorneys at 1-866-601-518.