Under ITAR and AECA laws, misrepresentation by omission of material facts can be an issue of contention.  Understanding the rules and regulations can put companies in a better position to be proactive and 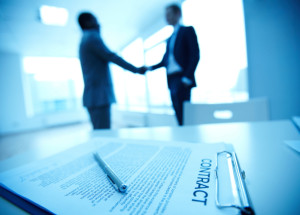 Under the law, it is unlawful to use any export or temporary import control document containing a false statement or misrepresenting or omitting a material fact for the purpose of exporting any defense article or technical data or the furnishing of any defense service for which a license or approval is required by this subchapter. See also information about export control regulations.

Any false statement, misrepresentation, failure to disclose material facts,or fraud by omission of material fact in an ITAR export or temporary import control document will be considered as made in a matter within the jurisdiction of a department or agency of the United States for the purposes of 18 Usc 1001, 22 USC 2778 and 22 USC 2779. Forming, and overcome an ITAR defense can be very tricky and requires detailed analysis.

When considering ITAR compliance defenses under misrepresentation by omission of material facts in ITAR and AECA cases, the regulation is clear that export or temporary import control documents include the following:

Circuit Boards Supplied to the U.S. Navy by Taiwan Company – On October 28, 2013, in the Western District of Washington, a Woodinville, WA-based company and its owner were sentenced for violating the Arms Export Control Act and for wire fraud.

The company, Precision Image Corporation, is operated by owner, Chih-Kwang Hwa, out of his Woodinville home. The company was fined $300,000 for violating the Arms Export Control Act.

BAE Systems PLC Plead Guilty and Ordered to Pay $400 Million – On March 1, 2010, BAE Systems PLC (BAES), a multinational defense contractor with headquarters in the United Kingdom, pleaded guilty in the District of Columbia to conspiracy to defraud the United States, conspiracy to make false statements about its Foreign Corrupt Practices Act compliance program, and conspiracy to violate the Arms Export Control Act (AECA) and International Traffic in Arms Regulations (ITAR).

To prevent allegations of misrepresentation by omission of fact in ITAR investigations or cases, failure to disclose material facts, call an ITAR defense attorney for additional guidance and help. Call 1-866-601-5518. FREE INITIAL CONSULTATION.

3 comments on “ITAR Defense Misrepresentation By Omission of Facts”