When appealing a case to the United States Court of Appeals for the Federal Circuit (CAFC), the party appealing the case, usually from the Court of 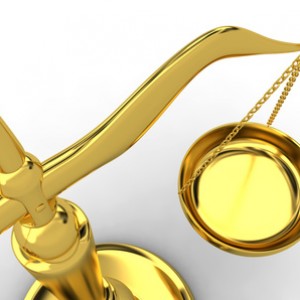 Federal Claims must be able to show that the Federal Circuit even has jurisdiction to hear the case. The standard of review must be established in the Opening Brief.

The federal appellate court must have subject matter jurisdiction to hear the appeal, see Ex parte McCardle, 74 U.S. 506, 514 (1868) (“Without federal circuit court jurisdiction, the court cannot proceed at all in any cause.

Under CAFC rules, the Court of Appeals for the Federal Circuit has jurisdiction in most bid protest cases. Federal Circuit Court jurisdiction creates  the power to declare the law, and when it ceases to exist, the only function remaining to the court is that of announcing the fact and dismissing the cause.”).

To appeal the case to the United States Court of Appeals for the Federal Circuit (CAFC), as the appellant, you must show the Court that jurisdiction is present. The legal standard for showing this point is a “ by a preponderance of the evidence.” See Taylor v. United States, 303 F.3d 1357, 1359 (Fed. Cir. 2002).

When appealing a bid protest decision from the Court of Federal Claims Court and challenging the Claims Court’s jurisdiction, it will present a question of law that the Federal Circuit Court of Appeals will review the case “ without deference.” See SRA Int’l, Inc. v. United States, 766 F.3d 1409, 1412 (Fed. Cir. 2014).

Under Federal Circuit rules, and to overturn the Court of Federal Claims’ bid protest decision, you will have to convince the Federal Circuit that the COFC committed “ clear error.”  Meeting this standard of review is not always an easy task to accomplish. However, the federal appeals court will  review COFC’s findings of fact relating to federal circuit court jurisdictional issues for clear error.”

When government contractors decide to appeal the bid protest decision of the Court of Federal Claims, the new appeal attorney must also review the record(s) in below cases to make a determination on the merits of the case to begin the appeal process.

The Federal Circuit Court of Appeals review bid protests under the Administrative Procedure Act (“APA”), see 28 USC 1491(b)(4) (citing 5 USC 706). Under the APA, “ an agency’s decision is to be set aside only if it is arbitrary, capricious, an abuse of discretion, or otherwise not in accordance with law,” NVT Techs., Inc. v. United States, 370 F.3d 1153, 1159 (Fed. Cir. 2004) (internal quotation marks omitted); see also PAI Corp. v. United States, 614 F.3d 1347, 1351 (Fed. Cir. 2010) (A court “must sustain an agency action unless the action does not evince rational reasoning and consideration of relevant factors.” (internal quotation marks, citation, and alterations omitted)). The standard of review is important because it can measure the likelihood of success on appeal.

US Court of Appeals for the Federal Circuit ( CAFC) will only  review the trial court’s determination on the legal issue of the government’s conduct, in a grant of judgment upon the administrative record, without deference.” Bannum, Inc. v. United States, 404 F.3d 1346, 1351 (Fed. Cir. 2005). This means that the court will look into the record and make a determination as to whether the agency’s procurement decision was arbitrary and capricious or otherwise violate procurement law. Other rare types of cases include the abuse of discretion standard of review; standard of review motion to dismiss, and de novo standard of review cases.

Normally, under Federal Circuit Court Rules, motions to intervene in an appeal before the Federal Circuit Court of Appeals will be allowed, provided that the proper motions are filed. All parties must still meet the interested party definition. The court looks at the record as it stands and will generally not introduce new evidence on appeal.

After all, if the Court of Federal Claims did not have access to this new evidence, it would be hard to convince the appellate judges why you should now introduce this evidence when it was not part of the COFC’s bid protest decision.

Not a New Trial On the Merits: Government contractors should be aware that the focus of appealing the COFC’s bid protest decision is not to retry the case. Instead, the sole purpose of the US Court of Appeals for the Federal Circuit is to decide whether the COFC judge committed clear error.

When it comes to federal circuit court jurisdiction, the appellate courts give lower court judges wide discretion to make bid protest decisions. Therefore, the central issues before the Federal Circuit judges are narrow ones.

Speak With a Lawyer. Get a Free Initial Consultation.

For help with CAFC Court rules when appealing a COFC decision and Federal Circuit Court jurisdiction, call our government contract attorneys at 1-866-601-5518.