A proposal risk not commonly considered in government contracts is how to avoid price increase claims. While contractors may assume that any unexpected cost increase during performance will be absorbed by 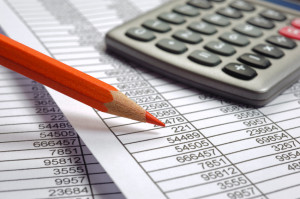 the government, this is not always the case.

In fact, a common mistake made by contractors during bid submission is failing to understand what risks it is accepting and what risks are placed on the government.  One risk that must be considered in government contract proposals is the possibility of an increase in recoverable costs.  The failure to acknowledge the risk of price increase can have huge implications and may ultimately force your company to incur substantial, non-reimbursable costs.

Board Decision on Price Increase Claims

When costs and price increase during performance of a government contract, contractors turn to the agency and claim a need for reformation of the contract terms, and/or an equitable adjustment in the contract price.  The Armed Board of Contract Appeals recently denied a contract claim for costs associated with a 544% unanticipated increase in shipping costs under a firm fixed price contract.

Amongst other arguments, the contractor took the position that it should be paid for the additional shipping cost because the contract was formed under a mutual mistake of fixed shipping costs, and because continued shipment at the higher cost was commercially impracticable.  Safety Training Systems, Inc. ASBCA Nos. 57095, 57166, Jan. 23, 2014. See also information about government pricing for defense contracts.

The Board denied the additional cost, holding that the 47% price increase in the contractors cost of performance was not commercially impracticable, and that there was no mistake of “fact” since shipping prices were not fixed at bid submission.  The Board reiterated that a firm fixed price contract assigns the risk of cost fluctuation on the contractor and insulates the Government from price increase.

The Board sent a firm message to contractors in preparing bids that any “prediction or judgment” as to whether costs will remain fixed, is a “business decision,” and the costs associated with that decision are to be placed on the contractor.   To Safety Training Systems, despair, this “business decision” cost it approximately $ 2 million, or 47% of its overall contract price.

Safety Training Systems, Inc., illustrates the importance of preparing bids, especially for small business set-aside opportunities, which reflect your company’s actual assumptions and specifically contemplate potential variations in cost.  While a review of this decision leaves questions as to the appropriateness of the Boards percentage assessment, preparing your bids, claims, requests for equitable adjustments, and protests with a Government Contracts Lawyer will help to protect your business from unanticipated changes in cost and help get the adjustment your business needs.

Contact Watson and Associates, LLC, to see how our Attorneys can guide your business through the process of handling price increase claims and protests. For additional help, call us at 1-866-601-5518.