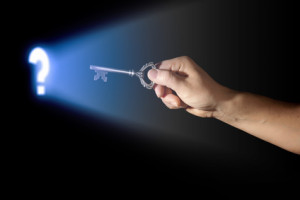 If you are filing a GAO bid protest because of a dispute about your proposal past performance evaluations, you should first understand that as a general rule contracting agencies have wide discretion to evaluate proposals based upon their own independent judgment. However, a protest lawyer that shows that the agency’s evaluation scoring was set up in a way that had the ultimate effect of penalizing your proposal might improve your chances of wining the protest.

Better Approach to Past Performance Evaluations

The issue to be raised in the GAO or COFC bid protest is not that the performance evaluation was unfair. That is a general statement and under the bid protest regulations would be deemed as a mere disagreement with the agency. You would lose the protest.

Instead, a bid protest lawyer would be better to dig deeper into the scoring past performance evaluations with the underlying law that a proposal that shows no relevant or recent past performance should not be rated favorable or unfavorably. Hence, a neutral rating.

Addressing Past Performance Questionnaires in a Bid Protest

Another common misconception is when a solicitation states that it must consider information submitted in past performance questionnaires. There has to be a balance of subjective thinking  from the source selection authority as compared to the binding performance rating given by a warranted Contracting Officer.

In other words, if the solicitation contemplates that references from past projects will be submitting past performance questionnaires, then an argument could be made that the source selection should uphold them as true.

In other words, source selection boards should not be allowed to completely overturn or completely disregard favorable past performance evaluation information submitted. This would be the equivalent of an abuse of discretion which bid protests disallow.

In a GAO bid protest, when past performance is challenged, GAO will only look to see if the evaluation was reasonable or consistent with solicitation requirements. You have to show that it did not.

Specifically, the agency in Olympus assigned different point scores depending on the degree of relevance of an offeror’s experience, deducted points for less relevant experience, added the scores, and calculated an average.

In GAO’s protest decision it concluded that the agency’s scoring methodology improperly penalized the protester for having included extra references for its past performance experience.

The point here is that when it comes to a GAO bid protest based upon past performance, you should look deeper in to the evaluation and see if the agency’s formula has the ultimate result of giving you an adverse rating.

Be Aware of the Limitations of the Protective Order

When filing a GAO protest or to any other forum, you must always be cognizant of the rule that generally prohibits contractors from seeing the sensitive source selection materials.

The problem that most protestors that represent themselves would not be  able to support their protest allegations with any proof. As a result, as a protestor, you will run in a ‘brick wall’ and cannot prove your case.

This is why having en experienced government contractor or GAO bid protest attorney can be a significant help.

Consider Your Project Submissions in Your Next Bid

When you are bidding on your next government contract, ensure that you select references that would give you a favorable past performance evaluation. Also understand that you have to be aware that the agency can also use other means of finding the not-so-good past performance ratings.

Find an experience bid protest lawyer that understands the process.

One comment on “GAO Bid Protests on Bid Evaluations”