When submitting federal government construction claims or appeals, the result usually lies in your 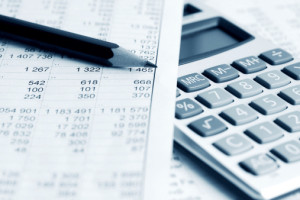 justification for the claim, whether you met the Contract Disputes Act requirements and whether there was actually a contracting officer’s final decision.

Your should focus on submitting a construction claim earlier than later. This is true because the later you wait, you might also experience problems because of critical government personnel leaving, retiring or relocating.

If you appeal government construction claims, the court will seriously look at your right to entitlement. You must show entitlement on a Type 1 differing site condition claim,  by the preponderance of the evidence that “[1] the conditions indicated in the contract differ materially from those actually encountered during performance; [2] the conditions actually encountered were reasonably unforeseeable based on all information available at the time of bidding; [3] you reasonably relied upon its interpretation of the contract and contract-related documents; and [4] your damages were a result of the material variation between expected and encountered conditions.”

Federal government construction contracts claims lawyers sometimes miss this requirement. This could cause you more attorney fees in the litigation or appeal process.

Of importance, construction claims will not be barred unless the government can affirmatively demonstrate that it was prejudiced as a result of the lack of notice.

The Board derives its jurisdiction to hear appeals from the Contract Disputes Act (CDA), 41 U.S.C. § 607(d) which states: “The Armed Services Board shall have jurisdiction to decide any appeal from a decision of a contracting officer… relative to a contract made by [the Department of Defense or component agency].”

A common mistake to avoid is appealing denial of a claim for contract interpretation that does not include a separate monetary claim for consideration by the contracting officer.

The Board lacks jurisdiction over any request for monetary relief found in the complaint for an appeal. See Dick Pacific/GHEMM, JV, ASBCA No. 55829, 08-2 BCA ¶ 33,937 (portions of complaint stricken as claim did not include a request for release of withholdings or liquidated damages).

Liquidated Damages Construction Claims.When the government asserts liquidated damages against you, a question arises as to whether you must obtain a contracting officer’s final determination. The government does not have to “certify” its own claim against a contractor. An experienced federal government construction contracts claims appeal lawyer should assert that there is sufficient jurisdiction because  the contracting officer made a final decision on the government construction claim asserting liquidated damages and you filed a timely appeal from that final decision. See  Placeway Construction Corp. v. United States, 920 F.2d 903, 906-07 (Fed. Cir. 1990); cf. M. Maropakis Carpentry, Inc. v. United States, 609 F.3d 1323 (Fed. Cir. 2010) (contractor’s separate claims for time extensions and  related contract modifications had to be certified); Sikorsky Aircraft Corp. v. United States, 102 Fed. Cl. 38, 47-48 (2011).

When the government assesses construction claims against you, you want to also present facts that any causes of damages were not due to a situation that is your fault or within your control.

For help with federal government construction claims litigation or appeal, call our lawyers at 1-866-601-5518.