What Was the Primary Purposed of  NAFA North American Free Trade Agreement? 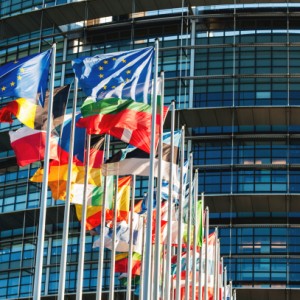 The North American Free Trade Agreement (NAFTA Act) is a very comprehensive trade agreement that sets the rules for trade practices and investments between the United States, Canada, and Mexico.

The agreement was executed in 1994. The NAFTA Act has, for the most part, eliminated a majority of tariff codes and non-tariff barriers to free trade and investment between the NAFTA countries.

Many government contractors find out quickly the importance of the relevant FAR clauses related to Free Trade Agreements, NAFTA certificate of origin, and how improper certification can present serious problems – both criminal and civil.

To highlight the importance of the North American Fair trade Agreements, the overall trade between three NAFTA partners — the U.S., Canada, and Mexico — has increased dramatically over the past years, from approximately $290 billion in 1993 to more than $1.1 trillion in 2016. Also, cross-border investment has also surged between 1993 and 2016 since the stock of U.S. foreign direct investment (FDI) in Mexico rose from $15 billion to more than $107.8 billion in 2014.

The primary goal of the North American Trade Agreement is to eliminate barriers to fair trade and investment between the Canada, Mexico and the U.S. The implementation of the NAFTA Act was on January 1, 1994.

NAFTA Act Process in Foreign Trade: The NAFTA Act establishes set rules of engagement for commercial activity between the three countries and how companies ultimate draft their NAFTA certificate of origin. The North American Free Trade Agreement Act is monitored by various institutions. The goal is to establish fair trade provisions and to allow for smooth operation and minimal violations.

How to Get a NAFTA Certificate of Origin? The process for putting forth a claim to each NAFTA partner is somewhat different. To certify that goods qualify for the preferential tariff treatment under North American Free Trade Agreement Act, the exporting company has to a certificate of origin.

The North American Trade Agreement implements fair trade agreements to which the United States is a signatory. Under the TAA, contractors must provide either end products made in the United States or a designated country of origin. Countries designated under the Act include Caribbean Basin countries, World Trade Organization Agreement on Government Procurement countries and free trade agreement countries.

Avoid this. Note that for government contractors, India, China, Malaysia, and the Philippines are not TAA designated countries. Therefore, GSA schedule contractors must make sure that the end products sold to the federal government under such contracts are either made in the United States or one of the TAA designated countries. When you submit your proposal, you must also certify that your end products do comply with the TAA.

Companies Must Stay NAFTA Compliant or Face Harsh Penalties: There are a number of Informed Compliance Publications (ICPs) in the “What Every Member of the Trade Community Should Know About: …” series.

Staying NAFTA compliant is critical for each business involved in export controls. The can be some overlap of ITAR compliance when making sure that companies meet all NAFTA requirements.

Canada, Mexico, and the U.S. have harsh penalties including criminal, civil or administrative penalties for violations of NAFTA Act laws and customs procedures.

Producers and exporters must seek to avoid Foreign Trade Agreement Act penalties. They should consider prompt and voluntary disclosure if the information is incorrectly contained in the Certificate of Origin.

Import companies can also avoid penalties under the North American Fair Trade Agreements Act by also promptly disclosing information to the authorities. This includes information about their Certificate of Origin.

Export and import companies that incorrectly prepare Certificates of Origin can also be penalized for failing to retain their records as required by the NAFTA five-year requirement.

Find Out More About ITARS and Export Control