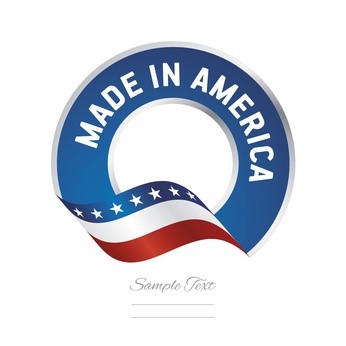 President Trump has issued a Presidential Memorandum in January 2017 which directs the Secretary of Commerce to “develop a plan under which all new pipelines . . . inside the borders of the United States . . . use materials and equipment that are produced in the U.S.

Federal government contractors should also be mindful that they too are liable for violations of subcontractors. Given the stiff criminal penalties and fines associated with Buy American Act violations and failure to comply with Buy American law, one mistake whether through failure to act or simply negligence can cripple a company both financially or through loss of reputation.

Requirements of Buy American Act of 1933

The Buy American Act of 1933 was enacted to give preference to buying products made in America. The statute attempts to protect U.S. businesses and labor by restricting the acquisition and use of end products or construction materials that are not “domestic.”

Statutory Language of 41 USC 8302(a)(1) and 41 USC 8303(a)(1)-(2) (“Every contract for the construction, alteration, or repair of any public building or public work in the United States shall contain a provision that in the performance of the work the contractor, subcontractors, material men, or suppliers shall use only (1) unmanufactured articles, materials, and supplies that have been mined or produced in the United States…. ”).

Although Buy American Act requirements sometimes uses the word “purchase,”  a question arises as to whether the act has been found to apply to leases of goods on the grounds that “it would be unreasonable to presume that Congress intended to narrow the protection afforded to American manufacturers by allowing the lease of foreign-made products where the purchase of such products is prohibited.” Postmaster General, B-156082 (May 1, 1967)

FAR 25.202 lists five “exceptions” to the Buy American Act, or five situations in which an agency may purchase foreign end products or use foreign construction materials from government contractors without violating federal law.

Waiver Due to Trade Agreements Act

Waiver of Buy American Act statutory provisions become available through the Trade Agreements Act. When a waiver is present, certain products that are wholly grown, produced, or manufactured in foreign jurisdictions, or “substantially transformed” into new and different articles within foreign jurisdictions, are treated the same as “domestic” ones for purposes of the government procurement.

Being TAA compliant may then authorize the waiver of “any law, regulation, procedure, or practice regarding Government procurement” that would result in “eligible products” from countries with which the United States has a trade agreement.

The Trade Agreements Act does not apply to federal government contracts that are:

(1) Acquisitions set aside for small businesses;

(2) Acquisitions of arms, ammunition, or war materials, or purchases indispensable for national security or for national defense purposes;

(3) Acquisitions of end products for resale;

(5) Other acquisitions not using full and open competition, if authorized by FAR Subpart 6.2 or 6.3, when the limitation of competition would preclude the use of the procedures of this subpart; or sole source acquisitions justified in accordance with 13.501(a).

MEMORANDUM FOR THE SECRETARY OF COMMERCE

The Secretary of Commerce, in consultation with all relevant executive departments and agencies, shall develop a plan under which all new pipelines, as well as retrofitted, repaired, or expanded pipelines, inside the borders of the United States, including portions of pipelines, use materials and equipment produced in the United States, to the maximum extent possible and to the extent permitted by law. The Secretary shall submit the plan to the President within 180 days of the date of this memorandum.

“Produced in the United States” shall mean:

The Secretary of Commerce is hereby authorized and directed to publish this memorandum in the Federal Register.
DONALD J. TRUMP

For help with Buy American Act requirements or BuyAmerican statutes in federal government procurement, Call the consultants and attorneys at Watson & Associates, LLC. 1.866.601.5518.