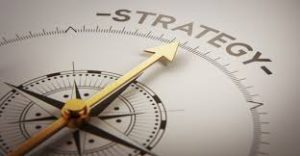 addresses a contract adjustment and is driven by the changes clause, to compensate you due to expenses incurred because of government actions, or to compensate the Government for contract reductions. Many companies have recently fallen prey to submitting a request for adjustment letter that ultimately did not meet the Contract Disputes Act requirement.

When you submit a request letter to the contracting officer, you want to include the relevant FAR language that protects you later in the event that the government and you cannot come to a final agreement.

When there is a FAR change order in effect, a request for equitable adjustment letter does include an allowance for profit. How Do Federal Government Contractors Deal With COVID-19 Problems?

What is  Contract Claim?

The Contract Disputes Act, 41 U.S.C. 7101 – 7109, does not define claim. FAR 2.101, which defines “claim” as: ” a written demand or written assertion by one of the contracting parties seeking, as a matter of right, the payment of money in a sum certain, the adjustment or interpretation of contract terms, or other relief arising under or relating to the contract.”  The written demand by the contractor seeking the payment of money exceeding $100,000 is not a claim under the Contract Disputes Act of 1978 unless the certification language is included.

What is a Government Contract REA?

DOD Contractors submitting non-claim REAs valued at more than the simplified acquisition threshold must certify them as required by DFARS 243.204-71 and 252.243-7002.

Instead, it is simply a request to adjust the contract. There are certain things up front that you can do in order to minimize costly litigation on the issue. Only when there is an impasse (disagreement) is your request for equitable adjustment viewed as a Contract Disputes Act claim.

Just like any request to the federal government, your FAR Request for Equitable Adjustment letter must have some level of support for the amount sought. The Court of Federal Claims ruled that the burden of establishing the amount of the equitable adjustment rest with the party claiming it.

In other words, when you submit a request for equitable adjustment, You MUST show:

Dawco Constr., Inc. v. United States, 930 F.2d 872, 878 (Fed.Cir.1991), the Federal Circuit Court ruled “A contractor and the government contracting agency must already be in dispute over the amount requested.” Dawco also states “The [CDA] and its implementing regulation require that a ‘claim’ arise from a request for payment that is ‘in dispute.’ ” Id. Dawco requires that the parties be in dispute over the amount requested.

Relectone, Inc. v. Dalton, Secretary of the Navy, 60 F.3d 1572, 1577 (Fed. Cir, 1995) Because we conclude that FAR 33.201 (1988), which alone defines “claim” for purposes of the CDA, does not require a pre-existing dispute as to either amount or liability when, as here, a contractor submits a non-routine “written demand ․ seeking, as a matter of right, the payment of money in a sum certain,” FAR 33.201, we hold that Reflectone’s REA was a CDA “claim”. Government Contracts & Mandatory FAR Flow Down Clauses to Subcontractors

FAR Change Order? How Do You Increase Your Chances of Timely Payment?

When your documentation is not in order, Agency’s tend to suspend or delay payment. Oftentimes, the Contracting Officer does not issue a FAR change order or amendment. To increase the opportunity for timely payment, you want to always make sure that you provide detailed explanations as to why your company is entitled to an adjustment. See information about documentation of request for equitable adjustment format. Learn more about REA vs Contract Disputes Act Claims Request – Appealing Contracting Officer’s Final Decision

Tip: You want to also show why the REA scope does not fall within the original scope of the contract.

Tip: To avoid delay, you must also articulate changes and modifications. Each REA  must be necessitated by some modification of the contract effort.

For additional questions about the request for equitable adjustment letter, FAR format or preparing your Government Contract REA request call a Request for Equitable Adjustment lawyer for a Free Initial Consultation. Call 1-866-601-5518.

8 comments on “Request for Equitable Adjustment – What is a Government Contract REA?”