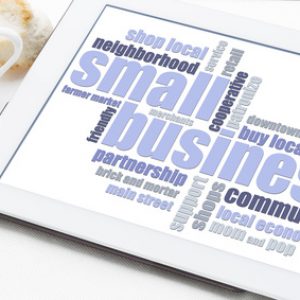 What is an SCA Government Contract?

What does the Service Contract Act and SCA Benefits Apply to?

The U.S. Department of Labor (DOL) issues Service Contract Act wage determinations on a contract-by-contract basis in response to specific requests from contracting agencies. These determinations are incorporated into your contract.  You should be able to read the wage schedule to find out what is the minimum wage you must pay to SCA employees performing work under your contract or subcontract.

If you choose to do so, then under the McNamara O’Hara Service Contract you may pay SCA government contract fringe rates compensation that are higher than the minimum labor rate set forth in the wage determination, or provide more benefits than the SCA-required minimum.  And, of course, you must also comply with any other applicable law, state or federal, there are various other labor laws that can increase the SCA wage e determination benefits you are required to pay.

The McNamara O’Hara Service Contract Act benefits provisions are included in federal government contracts. Each prime and subcontractor performing federal contracts must comply with the minimum wage and safety and health standards and must maintain certain records unless a specific exemption applies.

Companies that perform contracts with the federal government and subject to the SCA must comply with the wage and benefit provisions of the Davis Bacon Wage Determination (WD) clause. The WD clause spells out the labor classifications, associated minimum hourly rates, the minimum hourly SCA Health and Welfare (H&W) fringe rate, and the holiday and service contract act vacation rules and benefits that employees are entitled to.

Hourly fringe benefit rates listed in each “fixed cost” service contract wage determination are the contractor’s legal obligation and are separate from the hourly cash wage the employees get paid. The SCA employee is not entitled to receive any portion of this fringe rate in cash, although the employer may choose to discharge its obligation by simply paying the fringe rate to the employee in cash.

The SCA does not apply to certain types of contract services. Service contract act exemptions from  coverage include:

The SCA does not apply to government construction, repair projects, and alteration work — including repair contracts such as painting and building decorations.

An important point to know is that not all government contracts require SCA Contract Act benefits and compensation. The following are examples of government contracts not included in prevailing contract labor and wage-hour determinations that contracting officers should be amicable to.

The Federal Service Contract Act (SCA benefits ) applies to federal government contracts. It applies to prime contractors as well as subcontractors who are SCA service employees. The goal is for government contractors to comply with minimum wage, safety regulations, and health standards in conjunction with the SCA pay scale. Contractors must also maintain adequate records unless an exemption to the Federal Service Contract Act wages applies.

If a service contract is in excess of 2,500 dollars, then every employee performing services must receive no less than the regulated monetary wages when using the prevailing wage rates by state.

The employer must also provide McNamara O’Hara Service Contract Act fringe benefits for which local agencies and Secretary of Labor have determined to be prevailing wage in the locality for the classification in which the employee is working or the wage rates and FAR fringe benefits (including any accrued or prospective wage rates and fringe benefits) contained in a predecessor contractor’s collective bargaining agreement. The source document for analysis of a contractor SCA contract labor category matrix will be in the initial proposal and the clauses incorporated into the contract.

What is the current SCA  fringe benefit rate? Find out here.

If the government did not assign a prevailing Davis Bacon wage determination in the contract, then contractor employees must be paid not less than the federal minimum wage provided in section 6(a)(1) of the Fair Labor Standards Act.

Further, the contract can be canceled if violations are found, and the contractor may suffer a 3-year prohibition on new contracts, as well. (41 U.S.C. §6705, 6706)

Where can I find Service Contract Act SCA wage determinations?

Wdol.gov is scheduled to be moved to beta.SAM.gov later in 2019.

What is the current Service Contract Act fringe benefit rate?

Note that for purposes of calculating an overtime pay rate, fringe benefits are excluded from the basic hourly wage.  41 USC §6707(e)

Executive Order 13706, Establishing Paid Sick Leave for Federal Contractors, requires parties that enter into covered contracts with the Federal Government to provide covered employees with up to 7 days of paid sick leave annually, including paid leave for family care.  Again, All Agency Memorandum 227 requires paid sick leave at a benefit rate of $4.18 per hour.

How can I figure out whether the employees I intend to hire are covered by the Service Contract Act?

The Department of Labor publishes a list of covered occupations, “SCA DIRECTORY of OCCUPATIONS”  available on the internet at https://www.dol.gov/whd/regs/compliance/wage/SCADirV5/SCADirectVers5.pdf

The directory contains an alphabetical list of job titles, with classification codes, and job descriptions.  This directory is occasionally updated to add new occupations or provide other changes.

What can I do if I need to hire an SCA contract covered employee, and that employee’s classification is not in the contract’s Service Contract Act wage determination?

The request is usually submitted on SF-1444.  Use of this form is not required, but if the form is not used, the request must contain all the required information.  The employee, if present, is required to sign the form, noting their agreement or disagreement with the proposed wage and benefit rate.

This process, submitting a proposal to add an employee classification to a wage determination, is called the “conformance” process.  More information about how to submit conformance can be found at:   https://www.wdol.gov/sca_confrmnce.aspx

There are various prohibitions on conformances.  For example, under the McNamara O Hara Service Contract Act the contractor cannot propose new classifications that:

If my government contract is modified to include a new SCA wage determination, is there an easy way to calculate how much the request for equitable adjustment (REA) should be?

There is a patented online calculation tool you can use, PACT, available on  https://www.wdol.gov/pact/intro.aspx

It is helpful for Fixed Price contracts.  It is not generally appropriate for use with indefinite delivery, Indefinite Quantity (IDIQ) or Time and Materials / Labor Hour type contracts, if they contain loaded labor rates or unit pricing.

It does not factor in unemployment taxes or changes to holidays or vacations.  Before using PACT, verify that it is compatible with the computer environment that you plan to use (see https://www.wdol.gov/pact/faqpact.pdf)

Challenges to the applicability of a  Federal Service Contract wage determination to a particular procurement should go before the Department of Labor.

It never pays to go to the wrong forum with a legal complaint.  According to the Comptroller General, the Department of Labor has the responsibility for interpreting and administering the Contract Service Act .  See Northeast Military Sales, Inc.; Fevata’s Bakery, Inc; Tony’s Fine Foods; Military and Deli Bakery Services, Inc.; and Special Markets, Inc.; B-29134 Com Gen (November 20, 2002).

Both the Alter Ego Doctrine, and the Successorship Doctrine, can be applied to hold employers responsible for honoring wage and fringe benefits, including pension obligations, in CBAs.

None of the cases discussed below actually involve violations of SCA wages determination rules.  Instead, they involve violations of other labor law, for example, the National Labor Relations Act (NLRA) or Employee Retirement Income Security Act (ERISA).  The cases are important to understand because McNamara O Hara SCA wage determinations are so often based on labor rates and fringe benefits derived from CBAs, which are in turn governed by various state and federal labor laws.

The general federal policy is to protect employee benefits.  Cases where the courts pierce the corporate veil to force employing entities to honor CBA obligations are often applied in light of that policy. Learn about contract flow-down clauses.

In Healthbridge Management, LLC v. National Labor Relations Board, 902 F 3d 37 (Aug. 23, 2018), the court found an unfair labor practice where a firm stripped its employees of seniority benefits by first having a contractor hire the employees, then re-hiring them.  See information about contractor facing false claims act liability.

The alter ego doctrine keeps employers from evading their CBA and labor law obligations (such as paying CBA fringe benefits) by making mere technical changes in the structure or identity of the employing entity without making changes to ownership or management.

The alter ego doctrine is equitable.  It is used where a corporate shield if respected, would inequitably prevent a party from receiving what is otherwise due from the entity who created the shield.

To prove that one firm is the “alter ego” of another, a plaintiff must show intent to evade labor law, and substantially identical:

The whole analysis is somewhat flexible.  The plaintiff need not show every factor.  Also, there are other factors that can come into play.  For example, intent to evade is an important, but not essential, factor in considering whether a company is an alter ego.  Courts will look at the facts, for example if the evidence suggests there are ongoing labor violations that track from one entity to the next, or if “non-union animus” is present, this tends to indicate they are one and the same – they are alter egos — even though they are legally separate business entities.  The doctrine can apply regardless of the timing of the companies’ creation. Find out about filing Contract Disputes Act claims at the Civilian Board of Contract Appeals.

Some key points to remember when contracting to provide services to the U.S. government include: