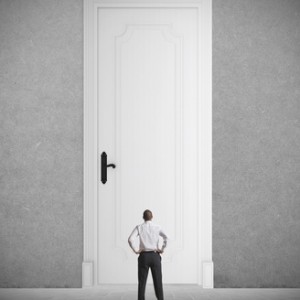 Deciding on whether to file a Court of Federal Claims bid protest versus GAO protest or the agency-level protest can be tricky too many government contractors. At the end of the day, many contractors seeking to save revenues worth millions of dollars find that closing bridges or giving up rights to appeal all the way to the federal circuit can be better served when filing at the COFC.

Whether you hire a Court of Federal Claims bid protest attorney or try to litigate the case yourself, you must still follow COFC’s rules. This Court normally follows the Federal Rules of Civil Procedure. However, keeping in mind that government contract law is still reviewed as administrative law, the rules in some situations may be relaxed.

Filing a bid protest at the Court of Federal Claims is more formal, than at the GAO or in agency-level protests. The expense can be significant when compared to the other options. However, the trade-off can be apparent when the contract award is worth millions of dollars. Companies tend to sometimes move to the cheaper option. However, the chances of winning at the GAO over the last decade tend to fluctuate between 12-15%. Small businesses that want to resurrect their chances of getting a second chance at a government contract award, or contractors that want to aggressively protect their rights to the contract award a developing the choice of litigating bid protests at the COFC level.

COFC bid protest litigation requires the agency to produce the entire administrative record ( AR File). It has to provide all documents related to the challenged procurement process. This can be beneficial to the protestor when compared to a GAO protest, where the Agency tends to provide only what the protestor addresses.
• If the agency does not provide critical evidence, you can request supplementation of the record

One advantage of filing a COFC bid protest is that you, as the protester can receive the entire AR file and may have the opportunity to see facts that you may not have seen at the onset of the protest. Many GAO bid protests, on the other hand, limits a protestor’s chances of supplementing the protests. This can create a great disadvantage when the value of the contract is well within the millions of dollars. It also arguably gives the agency an advantage during litigation.

In the COFC bid protest litigation, the agency’s contract award will be “set aside as erroneous under the arbitrary and capricious standard if ‘(1) the procurement official’s decision lacked a rational basis; or (2) the procurement procedure involved a violation of regulation or procedure.’” See McVey Company, Inc. v. United States, 111 Fed. Cl. 387, 402 (Fed. Cl. 2013). This standard of review has been deemed by the Court of Appeals for the Federal Circuit as a “highly deferential rational basis review.” See CHE Consulting, Inc. v. United States, 552 F.3d 1351, 1354 (Fed. Cir. 2008).

The COFC bid protest rules tend to be consistent in that when it comes to limiting the government’s procurement actions, protestors have immediately file a Temporary Restraining Order (TRO) where the judge can order the agency to halt procurement actions until the court renders a decision. When you file a TRO in a COFC bid protest case, you must show that (1) you will suffer irreparable injury unless the court grants the injunction; (2) the threatened injury to the protestor (moving party) outweighs whatever damage the proposed injunction may cause the opposing party (government); (3) the injunction, if issued, would be in the public’s interest; and (4) there is a substantial likelihood that the protestor will eventually prevail on the merits.

Protestors should be aware that TRO’s are not the norm at the COFC. Therefore, you or your COFC bid protest lawyer must make sure that the facts are present to convince the court.

All courts in bid protest cases give great latitude to the agency to choose what contractor it will award the contract to. However, it must still follow the solicitation’s expressed requirements and it cannot violate procurement law. When filing a best value bid protest at the COFC, companies must be aware that the court is very deferential to the agency’s technical evaluation and what the agency believes to be of value to the government. See information about LPTA protests.

When the award decision is based under a FAR 15 best value approach, contractors want to make sure that the bid protest is not arguably construed to be a mere disagreement with the agency. This will almost always get the protest dismissed. See Banknote Corp. v. United States, 56 Fed. Cl. 377, 384 (2003) (“[A]n offeror’s mere disagreement with the agency’s judgment concerning the adequacy of the proposal is not sufficient to establish that the agency acted unreasonably.” (quotation and citation omitted)); JWK Int’l Corp. v. United States, 52 Fed. Cl. 650, 660 (2002) (“[N]aked claims, by all appearances unsupported by anything in the record, fall far short of meeting the heavy burden of demonstrating that . . . findings were the product of an irrational process and hence arbitrary and capricious.”)

To stand a chance of winning a bid protest, you must focus on the facts in the record that show that the agency’s decision was premised on either not following the solicitation’s stated evaluation criteria or that the agency somehow violated procurement law and or abused its discretion.

As a general rule, protestors do not want to bring small business size standards issues initially before the Court of Federal Claims. Instead, companies must file those types of cases before the CO within five days. There are some unique situations where a small business issue can be involved if the CO or agency did not follow the solicitation’s stated requirements.

What are Advantages of Filing a COFC Bid Protest?

Depending on what the contractor’s underlying goal is, there are some advantages of filing COFC bid protests. For example, when compared to GAO protest rules, there is no stated filing deadline at COFC. However, you cannot wait for such a long time where the agency can argue that you have slept on your rights.

A second advantage is that even though GAO can give a disappointing ruling against the protestor, the protestor can file a totally new appeal at the Court of Federal Claims ( note that a COFC bid protest is not a direct appeal from GAO).

Another advantage of filing a COFC bid protest, is that the plaintiff still can preserve its rights to appeal the decision to the Federal Circuit Court of Appeals. Whereas, there is no direct appeal from a GAO bid protest decision.

Another attractive benefit that many federal contractors appreciate is that the discovery advantages are much more favorable to the protestor in a COFC protest versus at the GAO level.

Choosing Where to File Your Protest is a Tough Decision

Despite the various choices of where to file your bid protest, you still must make a strategic decision given the benefits and advantages of one court over another. When you have millions of dollars at risk, finding the forum for the best possible outcome is always at the forefront.

Get a Better Idea of How We Help Clients Nationwide
Get Watson & Associates Capabilities Statement and See How We Can Help You.
Get Your Now
Speak With Our Professionals
Find out more. Get a Free Confidential Initial Consultation