Under government contract law, the Federal Anti Kickback Act of 1986 is a criminal law which 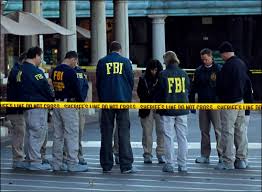 prohibits contractors from giving, accepting, soliciting or arranging items of value in any form (gifts, certain discounts, cross-referrals between parties), either directly or indirectly for the purpose of inducing or rewarding another party for referrals of services paid for by a federal government.

Federal employees, especially those involved in the procurement process, should be well aware of this general statute.  There are harsh criminal penalties for violating the law. Contractors should also train their employees on the various nuances that can arise when dealing with federal employees

The Federal Anti kickback law of 1986 shows that it still has teeth as late as  November 2014 when the DOJ published a case where one company paid $350 Million to Resolve Allegations of Illegal Kickbacks. Companies that do not have their staff trained can be exposed to crippling litigation and penalties.

Purpose of the Federal Anti-Kickback Act of 1986

The Act requires that the purpose of the rules was for improperly obtaining or rewarding favorable treatment. It is intended to embrace the full range of government contracting. Prior to 1986, the “kickback” was required to be for the inducement or acknowledgment of subcontracts.

General prohibited conduct–federal kickback laws prohibit attempted as well as completed “kickbacks,” which include any money, fees, commission, credit, gift, gratuity, thing of value, or compensation of any kind.

Type of contract–The Act defines kickbacks to include payments under any government contract. Prior to this legislation, the statutes’ applicability was limited to negotiated contracts.

Knowledge and willfulness –The Federal Anti Kickback Statute of 1986 requires one to knowingly and willfully engage in the prohibited conduct for the imposition of criminal sanctions.

The Federal Anti Kickback Act incurs a criminal violation charge because it requires a specific intent to induce referrals or orders for services. Federal Anti Kickback Statute violations are punishable by up to five years in prison, with the potential for more criminal fines up to $25,000, and administrative civil money penalties reaching as much as $50,000 .

The law is written so broadly. Congress has enacted “safe harbors” for a variety of circumstances that are exempt from prosecution under federal kickback laws. These “safe harbors” are found at 42 CRS 1001.952.

The general purpose of the safe harbor provisions is to insulate certain behavior that would otherwise be a felony under the Federal Anti-Kickback  statute provision from prosecution. Accordingly, conduct falling under a safe harbor exemption allows payment to be paid for statutory enumerated circumstances. Failure to comply with a safe harbor provision, however, does not mean that an arrangement is per se illegal.

Which safe harbors in Federal Anti-Kickback law apply to telemedicine?

Safe harbors which may apply to telemedicine arrangements typically involve the following:

There are also other general laws and white collar crimes that also create more liability when there is a violation of the Federal Anti Kickback Statute. They include:

As a government contractor, prime or sub, you must be aware of the liabilities that the Federal Kickback Laws impose upon you. Subcontractors are just as liable under the federal statute. To minimize liability, prime contractors should make sure that they have internal controls in place to scrutinize subcontractor invoices before submitting them the contracting agency.

Another common aspect of the Federal Anti-Kickback Act of 1986 involves gratuities as covered in FAR  3.202. As high-level management, you must make sure that all people and employees are careful not to get caught up in these issues. Marketing staff should be especially aware of getting a kickback from the government.

The following are examples companies that paid a heavy price for violations and Anti kickback Act liability.

If your company is facing allegations under the federal kickback laws, call our government contract white collar defense lawyers immediately for help at 1-866-601-5518. Free Consultation.

Learn How to Avoid False Claims Act Liability
False Claims Act Avoidance Checklist With Information that Can Protect Your Company's Future and Prepare You for Unwanted Litigation and News Headlines.
Get Your Free Copy
Get Help From a Federal Criminal Defense Attorney Here
SPEAK TO OUR PROFESSIONALS IN CONFIDENCE. TELL US HOW WE CAN HELP YOU
Improve Your Response to T4D Actions
Learn How To Adequately Respond to T4D Actions from the Government. Your Response is Critical.