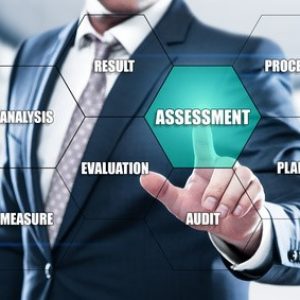 Foreign Corrupt Practices Act Penalties for government contractors that have violated the FCPA can be embarrassing and can expose you to media coverage and other negative publicity. Understanding the extent of your liability can trigger the necessary in-house actions that can minimize your exposure.

In recent years, the U.S. government has increased its focus on implementing such penalties for companies and people who violate the Act.

What is the Foreign Corrupt Practices Act (FCPA)?

The Foreign Corrupt Practices Act of 1977 mostly deals with and prohibits bribes to foreign government officials to aid in obtaining or retaining business. The FCPA also applies to prohibited conduct anywhere in the world and extends to publicly traded companies and their officers, directors, employees, stockholders, and agents. Agents can include third-party agents, consultants, distributors, joint-venture partners, and others.

Other penalty provisions allow the attorney general or the SEC to penalize you by bringing a civil action for FCPA violations. This can result in fines of up to $10,000 per violation against any firm, its directors, officers, employees, agents or stockholders.

As another penalty, the Security Exchange Commission SEC may seek to impose fines not to exceed the gross amount of your pecuniary gain, as a result, the violation. This includes government contracts.

Penalties can expose you to  FCPA fines of up to $100,000 for individuals and $500,000 for business entities. Without having an FCPA defense attorney on board, your ability to do future business with the federal government can be greatly impaired.

Penalties can severely impact government contractors. Companies should make sure that their key staff and subordinates are trained. The following summarizes penalties that can be imposed.

The Federal Corrupt Practices Act of 1977 also requires issuers to keep accurate books and records and have a system of internal controls enough to, among other things, offer reasonable assurances that transactions are executed, and assets are accessed and accounted for under management’s authorization.

Who can be liable? The SEC may bring civil enforcement actions against issuers and their officers, directors, employees, stockholders, and agents for violating the FCPA’s anti-bribery or accounting provisions.

Other consequences. Companies and individuals that have committed FCPA violations may have to disgorge their ill-gotten gains plus pay prejudgment interest and large civil penalties. Companies may also be subject to independent consultant oversight.

Who oversees and enforces the program: The SEC and the Department of Justice are jointly responsible for Foreign Corrupt Practices Act violations enforcement. The SEC’s Enforcement Division has created a specialized unit to enhance further enforcing penalties and its provisions for bribes.

See recent case where SEC sanctions company for violation of the FCPA.

Be Proactive By Getting Your Free False Claims Act Checklist

Get Help From a Federal Criminal Defense Attorney Here
SPEAK TO OUR PROFESSIONALS IN CONFIDENCE. TELL US HOW WE CAN HELP YOU
Improve Your Response to T4D Actions
Learn How To Adequately Respond to T4D Actions from the Government. Your Response is Critical.