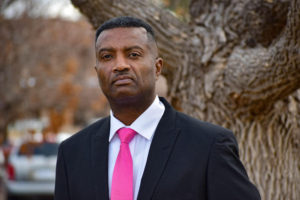 Was the Government Procurement Process for Your Bid Properly Applied? What are Your Options?

Federal government agencies tend to use the best value contracting procurement process as the preferred proposal evaluation criteria. The idea is to use taxpayer dollars to buy the best quality and value of services and products possible. The Federal Acquisition Regulation (FAR) does not give a mathematical formula for how to accept, evaluate and award federal contracts.

Instead, procurement law requires that agency actions be reasonable, comply with the stated solicitation requirements and do not violate procurement laws. The final requirement is that the agency document its actions.

What is Best Value Procurement in Government Contracting?

This concept is usually regulated under FAR 15.  The FAR best value procurement process is used to choose the contractor’s bid that is most advantageous to the agency. What does this really mean?  This is what contractors struggle with when the file bid protests that challenge the source selection process and contracting selection committee members’ contract award decision.

Second: The best value analysis then allows the contracting agency to compare proposals to each other. Each proposal evaluation includes a comparison of price and non-price factors as stated in the solicitation.

Third: After the agency compares proposals to each other, then a best-value trade-off analysis takes place.

What is Best Value Trade Off Analysis

With government procurement contracts in the evaluation and award phases, the best value trade off process means just what it says. When comparing the strengths and weaknesses of each proposal it all boils down the which company ultimately offers the best value to the government.

In a Best Value Award Does the Government Have to Award to the Lowest Priced Company?

The general answer is no. Such an analysis usually is expected in a lowest-priced technically acceptable procurement.  Just as in the commercial sector, the government can use taxpayer dollars and pay a higher amount if the value offered by the prospective awardee is justified. Hopefully, the agency will document any risks associated with the lower priced offeror.

Read more about OMB guidance on how government contractors perform with COVID-19 problems.

When looking at the advantages of best value procurements, value analysis takes place when one that stands out is the notion that the agency must disclose to bidders how their proposal will be evaluated. Another advantage is that the process allows offers to give very competitive bids and be creative by adding value to the government. One of the other advantages of best value procurement approaches is that the contracting agencies spend taxpayer dollars.  The rules allow the agency-wide latitude when deciding what the best value in a particular proposal offers. Whereas, dozens of years ago, price was the main factor for award. Since then, the rules allow more choice in deciding what is of better value to the government.

Many government contractors find it difficult to overcome the legal issues in a bid protest when it comes to best value contracting tradeoff decisions. Courts find that the contracting offices’ source selection officials in negotiated best-value contract procurements are given very broad discretion when making contract price/technical tradeoffs.

The only thing that GAO or another court would look for is whether the best value award decision was rational and consistent with the solicitation’s stated evaluation criteria. See World Airways, Inc., B-402674, June 25, 2010, 2010 CPD ¶ 284 at 12.

When you bid on a negotiated procurement,  the contracting agency may can very well select a lower-rated, lower-priced proposal where it reasonably concludes  and documents that the higher price premium involved in selecting the other higher-rated proposal is not justified in light of the acceptable level of technical competence available at a lower price. DynCorp Int’l, LLC, B-412451, B-412451.2, Feb. 16, 2016, 2016 CPD ¶ 75 at 22.

When the agency conducts a best value procurement contract award, the source selection team must document its reasoning. Sometimes, when a best value analysis takes place, agencies just make conclusions and do not adequately document their findings in the process. This can pose a problem for the agency when there is a bid protest.

As a general matter, when an agency fails to document its evaluation in the best value procurement contract award criteria, it bears the risk that its judgments may not be found reasonable. GAO decided this very issue in Southwest Marine, Inc.; American Sys. Eng’g Corp., B-265865.3, B-265865.4, Jan. 23, 1996, 96-1 CPD). See the full decision here.

What Can You Do if the Agency Diverts Away from the Solicitation’s Stated Best Value Evaluation and Contract Award Criteria?

The is a tough argument when filing a best value government contracting bid protest. The courts tend to take a more relaxed stance on this issue.  Also, they tend to figure that federal government procuring agencies are in a better position to determine  what they need and the  most feasible way to procure them. GAO and other courts will not question the agency’s best value and trade off decision unless the protestor shows  clear evidence that the contract award decision is unreasonable. See, e.g., Canaveral Maritime, Inc., B-238356.2, July 17, 1990, 90-2 CPD ¶ 41 at 5; New York Wire Co.,B-235821, Sept. 19, 1989, 89-2 CPD ¶ 246 at 1.

As a general rule, the agency’s analysis takes place by looking at the following when contemplating a best value procurement contract award:

As offerors in government bids, you want to make sure that your technical proposals cover at least the above issues.

Tip: When an agency selects a higher-priced solution in a best value contract award that has been rated technically superior to a lower-priced one, the award decision must be supported by a rational explanation demonstrating that the higher-rated one is, in fact, superior, and explaining why its technical superiority warrants the additional cost.

Tip: When contractors’ technical quotations received identical adjectival and risk ratings in a best value award, the agency can look beyond the adjectival ratings to consider the significance of the offerors’ differing evaluated technical strengths.

Tip: Adjectival ratings are merely guides for intelligent decision-making in the best value procurement process. Agencies should not solely rely on them to make award decisions.

Tip: In the best value contracting procurement definition, where price is less important than the non-price factors, a government agency must meaningfully evaluate cost or price in making its source selection decision.

Often, government contractors file bid protests to challenge the agency’s best value award decision. The General Accounting Office (GAO) realizes that federal agencies have broad discretion when conducting source selections. However, the procurement process does require a level of reasonableness when making a best value contract award decision. The following are but a few thoughts to consider when filing bid protests.

There is no black and white or rigid approach the the best value contract award process. The agency has broad discretion to evaluate and award federal contracts. Therefore, when you decide to challenge the contract award, you want to be able to articulate how the agency broke the law or acted unreasonably. Read more information about Commonly Used Evaluation Factors in a Best Value Source Selection Protest.

7 comments on “What is the Best Value Contract Award Procurement Process?”