After being denied an award, Contractors across the country face the question of whether to file a bid protest challenging the Agency’s award with the Government Accountability Office (GAO).  While there are a 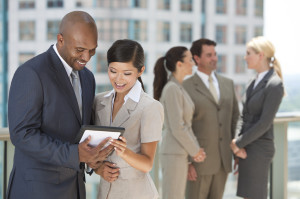 variety of factors that go into this decision, one of the first concerns prevalent among Contractors, is whether protesting will “blacklist” the Contractor or place it at odds with the Agency.

While no one can know what subjective affect a bid protest will have on a particular Contract Officer or Agency personnel, the parameters of challenging a bid protest create more of a truth gathering procedure than that of a typical trial.  The informal process is very procedural in nature; promoting efficiency and quick adjudication of issues.

The main purpose of government contract protests is to ensure that the Agency is evaluating bidders equally and in accordance with the law and solicitation.  This structure, allows a party to allege facts that it believes have resulted in an unreasonable/unlawful evaluation, and only mandates that the Agency justify its actions in accordance with the law.

When making decision to challenge the award in government contract protests, it is critical to remember that no Protestor ever knows exactly what contributed to the Agency decision, the goal of a protest is to identify errors in the Agency’s evaluation that make an award unreasonable.  In accord with this thought process, a bid protest must be based on errors of law and fact.

While initially a Contractor may just feel as though the award was faulty, discussing these issues with an experienced bid protest attorney may quickly pinpoint the legal errors believed to be violated.Once these are assessed, Protestor will make specific allegations in its protest and receive the Agency record within thirty (30) days of protesting.

While many may be hesitant to protest, keep in mind that taxpayer dollars are at issue and the Government is responsible for awarding contracts in accordance with the solicitation and procurement law.   In general, Agency’s budget for, and treat protests as a portion of the contract administration process and are not unduly burdened by a protest.   While the Contract Officer may be involved, during the protest stage, Agency attorneys are also involved and can assist the Agency in understanding the breadth of legal errors that may have been committed.

Based on these facts, a bid protest is a process which is utilized often and one that frequently identifies errors in the Agency’s evaluation.  In 2014 alone, our firm protested several awards which resulted in immediate corrective actions.  While some have since been re-awarded, the errors identified in the Agency’s evaluation directly prejudiced our Clients and the corrective action gave our clients an opportunity to compete on fair grounds with other bidders.

Call us GAO protest lawyer today and let us discuss if challenging government contract protests may be right for you! Call 1-866-601-5518.

4 comments on “Bid Protest- Should I Challenge or Not?”