The FAR Buy American Act, 41 USC 10a -10d (2000 and Supp. I 2001), provides for the acquisition of American materials and goods for public use. The exception to the rule is that such an 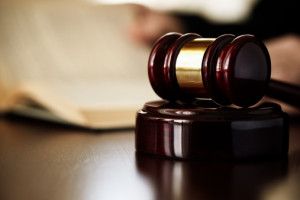 acquisition is inconsistent with the public interest or the cost is unreasonable.

Under the FAR Buy American Act requirements, the price of the domestic offer is reasonable if it does not exceed the evaluated price of the low offer after the addition of the evaluation factor. FAR Part 25.105(c). In the case of manufactured end products, the FAR uses a two-part test to define a domestic end product:

The FAR defines “component” as an article, material, or supply incorporated directly into an end product. FAR 25.003. In government contract bid protests involving an end product derived from a single component or material, GAO looks at the FAR Buy American Act requirements to see whether the component/material has undergone substantial changes in physical character in determining whether manufacturing has occurred. See A. Hirsh, Inc., B-237466, Feb. 28, 1990, 90-1 CPD ¶ 247 at 3; 45 Comp. Gen. 658 (1966).

This is a highly contested issue during DOJ BAA investigations and litigation involving the Buy American Act. Construction contractors involved in federal government contracting must take the time and develop internal policies and controls to minimize the chance of getting hefty fines and criminal liability. See information on challenging BAA decisions.

(a) Definitions. As used in this clause—

(1) Means any item of supply (including construction material) that is–

(ii) Sold in substantial quantities in the commercial marketplace; and

(iii) Offered to the Government, under a contract or subcontract at any tier, without modification, in the same form in which it is sold in the commercial marketplace; and

Component means an article, material, or supply incorporated directly into an end product.

(1) For components purchased by the Contractor, the acquisition cost, including transportation costs to the place of incorporation into the end product (whether or not such costs are paid to a domestic firm), and any applicable duty (whether or not a duty-free entry certificate is issued); or

(i) An unmanufactured end product mined or produced in the United States;

(ii) An end product manufactured in the United States, if-

(A) The cost of its components mined, produced, or manufactured in the United States exceeds 55 percent of the cost of all its components. Components of foreign origin of the same class or kind as those that the agency determines are not mined, produced, or manufactured in sufficient and reasonably available commercial quantities of a satisfactory quality are treated as domestic. Components of unknown origin are treated as foreign. Scrap generated, collected, and prepared for processing in the United States is considered domestic; or

(B) The end product is a COTS item; or

GAO protest decisions show that under the Buy American requirements, when the original material is of foreign origin and there is no evidence of two distinct manufacturing phases yielding two distinct products, then there is noncompliance with the two-pronged test for defining a domestic end product.

Agencies Can Rely on Your Buy American Act Certification As Submitted

A common approach in a Buy American Act protest is that the awardee’s submission does not meet the BAA requirements. This is almost always a losing argument unless there are more facts.

If the contracting officer or agency has no reason to believe that a successful offeror will not provide domestic products, the agency does not have to  go beyond a firm’s representation of compliance with the Buy American Act. See Sea Box, Inc., B-420130, B-420130.2 (Nov. 18, 2021). In other words, if  a contracting officer “has no information prior to award that would lead to the conclusion that the product to be furnished is not a domestic end product, the contracting officer may properly rely upon an offeror’s self-certification without further investigation.” Id. The question is what would the proper argument to stand a chance of the Court looking at the protest would have more merit.

When filing a bid protest or intervening in a case where the Buy American requirements are at issue, arguments about the two-part test is critical to sustaining the protest under 41 USC 10a.