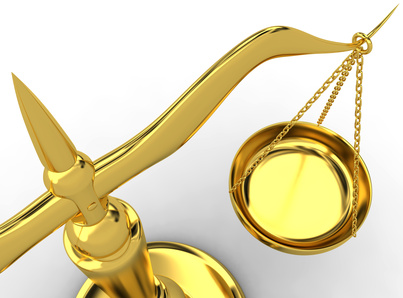 Oftentimes, government contractors wonder whether to file a GAO protest or Court of Federal Claims bid protest. As a CEO you should consider substantive and financial costs associated with each choice.

There are often situations when you should file versus going to the Government Accountability Office (GAO).

The following are some points for consideration when making your decision.

Always weigh the pros and cons when making your decision. More importantly, make sure that you have a government contracts attorney that understands the bid protest regulations in both courts.

Filing a Court of Federal of Claims Bid Protest vs GAO has very important points to remember. If you do not have a bid protest lawyer (pro se), you are still responsible for complying with the Rules of the U.S. Court of Federal Claims (RCFC).

There are various opinions as to where contractors should file government protest cases. Some believe that having a federal court judge hear their case creates a sense of comfort. Companies with high-dollar contracts may see less risk by going to the Court of Federal Claims. However, regardless of whether the case goes to GAO or COFC, the real issue is the legal merits and facts supporting the allegations.

In GAO cases, contractors lose in over 80% of the cases filed. The statistics at the COFC vary from year to year.

When you are filing a bid protest without a lawyer, you should consider the consequences of filing a frivolous lawsuit. Under limited circumstances, the court may order the losing party to pay the attorney’s fees and costs incurred by the prevailing party to defend the action.

When companies file a bid protest at GAO, and receive an adverse decision, the contractor can still file a new protest at the Court of Federal Claims. This is not to be viewed as a direct appeal of the GAO decision. Instead, a new protest is filed. Court of Claims decisions will be binding on GAO.

When filing a Court of Federal Claims bid protest, you never want to draft a complaint as though you are directly appealing a GAO decision. This often occurs when government contractors retain corporate counsel to litigate bid protest actions.

Court of Federal Claims Decisions – Must Have Jurisdiction

As a matter of law, the court must consider jurisdiction before reaching the substantive merits of your bid protest decision.

Court of Federal Claims decisions have jurisdiction over many bid protests pursuant to the Tucker Act, 28 U.S.C. § 1491(b)(1). In a bid protest, the Court  reviews the agency’s procurement decision under the standards  of  the Administrative Procedure Act (“APA”), 5 USC 706, 28 USC 1491(b)(4) (2012);  Under the APA,  in a bid protest, the  Court may set aside an agency action that was “arbitrary, capricious, an abuse of discretion, or otherwise not in accordance with law.”

These are points that your bid protest should contain. Typically, an agency action is arbitrary and capricious when the agency “entirely failed to consider an important aspect of the problem, offered an explanation for its decision that runs counter to the evidence before the agency or the decision is so implausible that it could not be ascribed to a difference in view or the product of agency expertise.

In US Court of Federal Claims decisions in bid protest cases, an experienced lawyer would assess whether the government contracting agency has examined the relevant data and articulate a satisfactory explanation for its action including a rational connection between the facts found and the choice made.

Although bid protests are difficult to litigation, without the above strategy, your case is almost sure not to prevail. You cannot simply make general allegations in a bid protest without stating the legal and factual grounds to support it.

Speak With Our Professionals
Find out more. Get a Free Confidential Initial Consultation