When the government issues a termination of contract for default for default, preserving your rights to appeal is one of the first things that a federal contractor must consider. 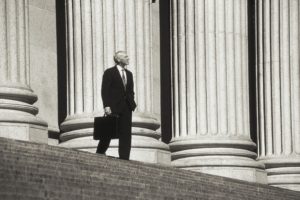 What are your options? If you want to termination of contract decision to be completely overturned, you may want to ask the contracting officer to reconsider the decision.

Also, you can appeal the decision to the various contract appeal boards of the Court of Federal Claims (COFC). If you have filed an appeal to either of these appellate courts, and the lower court has already issued a decision, you may want to consider filing an appeal to the U.S. Court of Appeals for the Federal Circuit.

If you have filed an appeal to either of these appellate courts, and the lower court has already issued a decision, you may want to consider filing an appeal to the U.S. Court of Appeals for the Federal Circuit.

What is a Termination for Default?

Grounds for termination of contract: The federal government can issue a written default notice when a contractor fails to comply with the material terms of the contract. For example, under FAR 52.249-10, DEFAULT (FIXED-PRICE CONSTRUCTION) (APR 1984), the contracting officer may choose to issue a notice of contract termination when:

When you have your contract terminated, it is sometimes because your company has refused or failed to prosecute performance of the work with the level of diligence required to complete the contract on time. These cases are very fact-specific and must be reviewed carefully.

Is the Termination of Contract for Default Lawful?

The government must show it cannot be guaranteed timely completion of the contract. Lawful government contract termination for default decision means that the government cannot have unclean hands in facts leading up to the termination.

Depending on whether the contract is a federal construction project or service contract, courts look to see whether the agency issued a cure notice. These are all factual issues that a contract termination lawyer would review.

In the Lisbon case above, the Federal Circuit Court of Appeals decided that the government’s termination policy failed the “ reasonable belief” test. Under this test, when the agency issues a termination of contract notice, the contracting officer must also show that there was  “no reasonable likelihood that the [contractor] could perform the entire contract  within the time remaining for contract performance.”

Contract Terminated? Have You Considered a Request for Reconsideration?

If you have your contract terminated, sometimes taking a proactive approach could cause the contracting officer to consider a request for reconsideration. If the facts are properly presented, then the outcome could range from revoking the default termination to converting the termination for default into a termination for convenience.

How Does a Reconsideration for Default Termination Impact You?

Is a termination for default a CO final decision?

If you decide to submit a request for review, the federal circuit appeals court has decided that if the contracting officer agrees to reconsider her decision, then there is not a final decision with regards to the termination for default. This also means that the statute of limitation for appeal does not run unless the contracting officer expressly rejects the request.

The very first inquiry as to the government’s termination of contract is whether the was a contracting officer’s final decision. If there is not, no appeal at either the various contract appeal boards of Court of Federal Claims will survive the government’s motion to dismiss.

Filing an appeal to the U.S Court of Appeals for the Federal Circuit requires a very different analysis. At this level, an appellate lawyer should seek out any legal error made by the lower court judge. The Federal Circuit Court of Appeals is not a forum to relitigate your case. Instead, an attorney would have to show that the lower court’s judge committed clear error, acted arbitrarily, abused her discretion or just fail to follow procurement law.

Understand the Basic Requirements in T4C Situations
Learn More About Termination for Convenience Learn How to Avoid the Most Costly Mistakes in Contract Terminations.
Get Your Free Copy