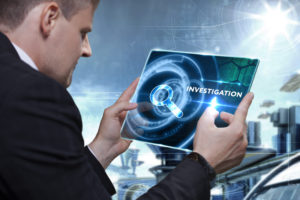 The Department of Justice, while enforcing statutory False Claims Act penalties, obtained more than $4.7 billion in settlements and judgments from civil cases involving reporting fraud and false claims against the government in the fiscal year 2016 ending Sept. 30. See announcement here.

Prime contractors and subcontractors performing on federal government contracts should be very aware that false claims penalties are very real. There are dozens of cases where agencies are pursuing civil and criminal acts against both the prime and subcontractor.

The maximum per-claim penalty has increased to $21,916 (an increase from $21,563 in 2016). The penalties shall be adjusted each year to reflect changes in the inflation rate. All federal agencies must publish regulations in the Federal Register that note the adjustment of civil monetary penalties (CMP) within its jurisdiction.

If you are a federal government contractor facing a federal False Claims Act penalty or defending a claim from a False Claims Act Qui Tam lawsuit,  knowing the essential nuances can help you to better prepare to defend any allegations and avoid these stiff penalties. Given the ability for the government to impose expensive fines and penalties, getting help from a government procurement and Qui Tam whistleblower law firm could make the difference in a criminal False Claims Act case.

What is the Federal False Claims Act?

This rule is common in government contracting. The Federal False Claims Statute establishes liability when any of your employees or your business improperly receives from or avoids payment to, the government (tax fraud is excepted).

When assessing your Federal False Claims Act penalty the most commonly used of the above provisions are the first and second: prohibiting the presentation of false claims to the government and making false records in order to get your claim paid. Prime contractors must also be aware that submitting government invoices that certify that subcontractors have been paid, when in reality they were not, could lead to a violation of the False Claims Act.

One situation that invokes False Claims Act penalties includes failure to test a product as required by the rigorous government specifications or selling defective products.  Under each of the above elements of 31 USC 3729,  the facts of each case drive the outcome.

When companies act in concert, there could be an argument for a conspiracy charge in charges under Criminal False Claims Act penalties. Likewise, when companies receive products from third parties, saying that they were unaware of any defects may not always be an FCA defense.

As a potential defendant in a Federal False Claims Act Qui Tam lawsuit, liability and exposure can be substantial. Understanding the process and how the government proceeds against you is an important step.

How Do You Assess The Number of FCA Penalties?

The False Claims Act suggests that if you. Violate the statute then you are liable for a civil penalty in addition to three times the amount of damages (often referred to as treble damages.) The FCA is intended to cover each case where a contractor or individual attempts to reap the benefits from the government. For example, if you submitted ten invoices or purchase orders to the government within the focused period of time, then you can be liable for three times the amount of each purchase order.

New Rule: Section 3729(a)(1) of Title 31 provides that any person who violates this section is liable to the United States Government for a civil penalty of not less than $5,000 and not more than $10,000, as adjusted by the Federal Civil Penalties Inflation Adjustment Act of 1990, plus 3 times the amount of damages which the Government sustains because of the act of that person. 31 U.S.C. 3729(a)(1) (2015).

Under the Criminal False Claims Act individuals can face criminal penalties if involved in the violation: government contractors – the business cannot physically go to jail. Therefore the law imposes criminal liability for those that run and operate the company.  Federal prosecutors seek jail time for CEOs, CFOs and medical directors. In a criminal case involving health care, criminal penalties for submitting false claims can include jail time of up to five years in prison plus a fine of $25,000 (42 USC 1320a-7b).

Under federal law, false claims act criminal penalties under Section 3729(a)(2) permits the court to reduce the damages under certain circumstances to not less than 2 times the amount of damages which the Government sustains because of the act of that person. Id. section 3729(a)(2). The adjustment made by this regulation is only applicable to the specific statutory penalty amounts stated in subsection (a)(1), which is only one component of the civil penalty imposed under section 3729(a)(1).

Section 216(b) of Title 18 provides that the civil penalty should be no more than $50,000 for each violation or the amount of compensation that the person received or offered for the prohibited conduct, whichever amount is greater. 18 U.S.C. 216(b) (2015). Therefore, the adjustment made by this regulation is only applicable to the specific statutory penalty amount stated in subsection (b), which is only one aspect of the possible civil penalty imposed under section 216(b).

Where a person who has violated the False Claims Act reports the violation to the government under certain conditions, the Federal False Claims Act provision states that the individual shall be liable for not less than treble the damages.

Taking a Proactive Stance Can Minimize Litigation in FCA Cases: As a prime contractor or an individual subject to the Act, you want to make sure that you have the requisite internal policies in place to lower any risks associated with the ramifications of the Federal False Claims Act and WhistleBlower protections statute.

Also, when you receive claims from your subcontractors you also want to make sure that they are certified and that you have done your due diligence to ensure that such claims are validated and legitimate.

Although you are the prime contractor, you can still be hauled into court and assessed a Federal False Claims Act penalty under 31 USC 3729 and 31 USC 3730.

What Can You Do to Minimize FCA Penalties?

As a government contractor, or other person or entity, when you are performing a federal project, you always want to keep the Contracting Officer Representative (COR) and the Contracting Officer aware of changes, however slight, as soon as you know about them. Keeping emails and documentation is critical to minimizing Federal False Claims penalties.

If the government is well aware of the facts and that it would be extra work ahead of time, then it would be a strong defense to your case that the claim is not “false.”

If you are charged with allegations that submitted false claims or invoices to the government, or need legal representation avoiding the Federal False Claims Act penalties and legal defense, 31 USC 3729 and 31 USC 3730, or for help with a pending federal criminal case, contact our Federal False Claims Act and Qui whistleblower law firm at 1-866-601-5518. FREE INITIAL CONSULTATION.