After submitting your proposal, an exclusion from the competitive range determination letter from the agency creates significant amounts of stress and disappointment. Making sure that your bid is compliant and presents a competitive edge is 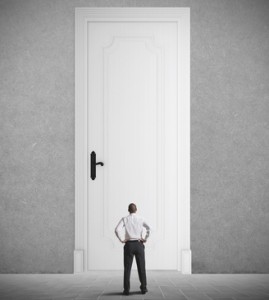 essential to stand a chance of winning.

What is the Competitive Range Determination?

The competitive range determination in government contracting means that the Agency makes a decision as to the final group of proposals that will have serious consideration for an award.

Reasons Why Proposals are Excluded from the Competitive Range

Government contractors often will file a GAO protest due to competitive expclusion. To stand a chance of winning a bid protest at GAO, you will have to show that the Agency acted unreasonably. Common reasons may include:

Note: If your proposal is technically unacceptable and would need major revisions to become acceptable, GAO has decided that exclusion from the range determination is permissible. See CMC & Maint., Inc., B-290152, June 24, 2002, 2002 CPD ¶ 107 at 2.

The government can make an exclusion from the competitive range determination if you omit or provide inadequate information about your technical approach to the PWS requirements. GAO’s hands are sometimes tied.

Avoid generalized statements in your proposal

This area is one of the biggest reasons why the government makes an exclusion from the competitive range. Proposal writing with generalized information will not make it into the range because the Agency will claim that your bid fails to provide the level of detail required. See Protesting SBA Certificate of Competency COC Decisions 13 CFR 125 and FAR 19.6.

Do Not Rely on Agency Discussions to Bail You Out

Often, government contract lawyers may argue that the government could have allowed you to correct any deficiencies through conducting meaningful discussions. The problem here is that agencies usually will hold discussions after the competitive range determination is established. Therefore, this argument will not work. See also SBA HUBZone Employee Requirements 13 CFR 126.

Exclusion Mistakes by the Agency

First, the decision to issue a determination is principally a matter within the reasonable exercise of discretion of the procuring agency.

More specifically, government contracting agencies may not exclude a technically acceptable proposal from the competitive range only because the proposal received a lower technical rating than another proposal or proposals, without taking into consideration the proposal’s price. Read also 13 CFR 125.6 Understanding Rules of Prime Contractor’s Limitations on Subcontracting FAR 52.219 14.

Competitive exclusion decision based on flawed cost realism analysis can be a reasonable approach to filing a GAO protest. The Federal Acquisition Regulation (FAR) provides that an agency “shall establish a competitive range comprised of all of the most highly rated proposals.” FAR § 15.306(c)(1).

For more help in a bid protest challenging exclusion from the competitive range determination letters, call a bid protest lawyer at 1-866-601-5518.