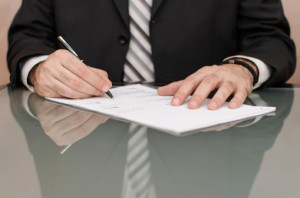 Proposal Writing Strategies That Also Can Withstand a Bid Protest.

As a Federal Government contractor, it is important to understand how the agency evaluates your proposal. If you are fortunate to get the award, you now have to probably withstand a bid protest to GAO or some other forum.

The first step in federal proposal writing strategies for federal contracts is to thoroughly read the requirements and develop a compliance matrix that outlines what you have to submit. This is a critical step that many bidders fail to accomplish. Then you want to carefully analyze the statement of work requirements with your key members. Look at your strengths and weaknesses. Figure out how you will overcome any weaknesses.

If you don’t, the agency will surely see them. The Instruction to Offerors and the evaluation criteria sections are also of equal importance when bidding on government contract. They formulate the mandatory outline in the solicitation that neither you nor the government can deviate from. If either one deviates from these instructions, then a bid protest is likely to occur.

Your Government proposals must also contain a road map of how you plan to meet the requirements. Simply stating that you can perform the project and giving a long list of past performances simply does not get the award. The qualifications of your key personnel are critical aspects. You must also tell the government what each person will accomplish in the project. This includes their responsibilities and the nuts and bolts of their assignments.

When it comes to delivery schedules and proposal writing strategies, never just meet the required schedules. Try to be earlier that what the government is asking for. During a source selection trade-off, your proposal might get the edge over your competition. You have to give the government something to work with and give a reason for the source selection to lean to your proposal for award.

For construction bid proposals, always propose an earlier schedule for completion than what the government is asking for. This puts you ahead of the competition. In addition, when you as bidding on government construction projects, make sure that you elaborate on your past performances. This means stating the material used that are similar, the size and measurements of buildings or areas for which you have performed work. Also, list your best practices. These little, but commonly missed, proposal writing strategies can get you within the competitive range.

Federal Proposal pricing is yet another pitfall for many government contractors. Many companies simply propose what it will actually cost them to perform a federal project. The correct approach to proposal writing and  pricing is to conduct your own estimate of what similar services or products are sold for in the commercial sector.

The government is generally required to conduct and independent government estimate (IGE). This is usually done (in a perfect world) by conducting inquiries to agencies or larger commercial entities that have recently bought similar items or services. To simply state what it would cost you, is a fatal deviation away from possibly getting the award. You have to conform to the market and not the other way around.

During a bid protest, sometimes protestors challenge the government’s award to another company. The agency usually gets around this by alleging that (regardless of a higher or lower price) that there was value in some other aspect of your proposal that caused them to lean in your direction. This is hard to overcome. When applying the evaluation criteria to government proposal writing, follow the agency’s instructions. If possible, include diagrams that simplify what you are trying to say.

Never leave your proposal content for government interpretation. Teaming partners in government contract proposals is another reason that bidders fall prey to a bid protest. When you are submitting a bid to the government, and you are trying to get a larger contract, you must ensure that your teaming partner has also accomplished similar projects in size and scope in the past.

Good proposal writing strategies also mean that you never just propose the name of your teaming partner. Give examples of its past performance and request that the government consider it. The FAR allows source selection authorities to consider a subcontractor’s past performance.

Government proposal writing also calls for a sound management approach. Many contractors simply gloss over this critical part of the proposal. Then, during a bid protest, they realize that although they submitted a management approach in their technical proposal, that the protestor may have gone more in depth. Summarized statements in government contract proposals do not get you to the finish line.

If the solicitation is vague, ask questions to the contracting officer. Accomplish this effort as early as possible. There is generally a date to submit questions. Of importance in the proposal writing stage, is to challenge any problems in the solicitation before bid closing.

If you need assistance with your Government proposal writing strategies, or need help filing or defending a bid protest, call us toll-free at 1-866-601-5518.