Native American contracting still has its ups and downs. SBA OHA is still faced with subcontractor affiliation appeals despite what some may consider easy to understand rules under 13 CFR 121.103. 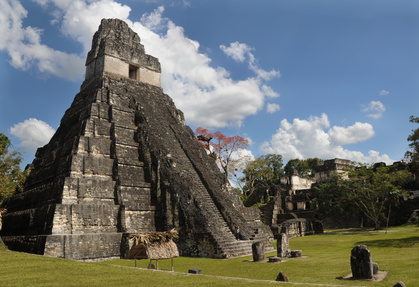 As recently as April 2017, the Small Business Administration (SBA) found Olgoonik Diversified Services, LLC to be affiliated due to its relationships with its sister companies. Benefiting the special rules of Native American Tribes, Olgoonik appealed the small business size determination to SBA OHA and requested reversal.

The key issue for a court to decide on appeal is whether rules for Native American government contracts exempt super 8a tribal entities from affiliation with sister companies if the parties do not perform jointly on a contract, share resources, nor share in any profits.

The legal issue becomes more problematic if there is an official joint venture agreement between the companies. In federal Native American government contracts, if neither of the sister companies are subcontractors for the specific procurement, a de facto joint venture should not lead to a finding of a joint venture based on SBA 8a regulations. Every case is fact-specific and subcontractor arrangements should be carefully reviewed.

Native American Contracting Under the Diplomatic Security Act 22USC 4852(a)

Section 402 of the  Diplomatic Security Act requires, with certain exceptions, that only “United States persons” and “qualified United States joint venture persons” may bid on diplomatic construction or design projects which exceed $5 million or which involve physical or technical security. 22 USC 4852(a).

When Do Tribal and ANC Contractors Have Special Rights in Federal Contracting?

Super 8a companies can receive Tribal and ANC sole source 8(a) contracts regardless of dollar size, with no upper limit. Whereas, traditional 8a certified companies cannot.

In Size Appeal of Roundhouse PBN, LLC, SBA No. SIZ- 5383 (2012) OHA found that subsidiary of an ANC 8a was affiliated with its sister companies because it was unduly reliant upon them for bonding, past performance, and experience. In roundhouse, that appellant referred to the sister companies as its “toolbox,” implying that these subsidiaries were at that appellant’s disposal for contract performance.

In that case, SBA OHA found that the ostensible subcontractor rule did not apply because none of the alleged affiliates were actually subcontractors to the challenged concern. The risk of affiliation in Native American sole source contracts becomes more apparent when the offeror list the sister companies as subcontractors and then rely on them too much.

Although Native American contracting has some very unique rules and substantial statutory benefits, companies can still be found affiliated despite common belief.

Application of the Ostensible Subcontractor Rule

As stated earlier, subcontractor relationships in Native American contracting can be somewhat confusing. When the SBA makes mistakes, a thorough understanding of the regulations can be helpful when seeking a reversal from OHA.

For additional help or representation with Native American contracting rules regarding affiliation or general help with tribal and ANC 8 a sole source contracts call our size protest lawyers at 1-866-601-5518.