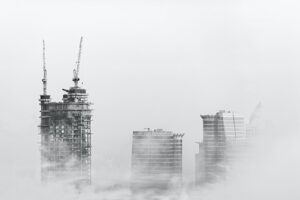 Many contractors often ask what is a latent defect (patent vs latent)? Knowing the answer is essential to your decision on whether or not to litigate the dispute. A patent defect and latent defect situation on government contracts can severely impact the cost of performance both for the agency and the contractor.

Failure to properly assess the differences can cost your company a contract default not to mention tens of thousands in unnecessary litigation costs.

However, legal disputes and contractor defenses usually fall within the extent to which the government has acted.

Disputes about the difference between latent and patent defects often to lead to litigation and appeals. Contractors should be aware of the underlying legal principles that can create costly litigation. Asserting the proper contract defense is essential to winning in court.

What is a Latent Defect?

What is a Patent Defect?

In Royson Engineering Co., ASBCA 15438, 73-2 BCA ¶ 10,229 (1973), the Armed Services Board of Contract Appeals found that when it comes to patent latent defects, a defect to be patent since it could have been discovered “without undue effort.” If the alleged defects were actually known to the government at the time of acceptance, they are patent, Southwest Welding & Manufacturing Co. v. United States, 188 Ct. Cl. 925, 413 F.2d 1167 (1969), even if they might otherwise not have been discoverable by a reasonable inspection, Hercules Engineering & Manufacturing Co., ASBCA 4979, 59-2 BCA ¶ 2426 (1959) (“a defect known to exist prior to acceptance cannot be considered a latent defect. A known defect can no more defeat the conclusiveness of a final acceptance than can a defect discoverable by reasonable inspection”.)

What is the Rule of Law?

Federal Acquisition Regulations and procurement law governing the agency’s rights for latently defective goods are well-settled. Under FAR 52.246-2(j), “[t]he Government shall accept or reject supplies as promptly as practicable after delivery unless otherwise provided in the contract.” 48 CFR 52.246-2(j). If the Government accepts supplies after delivery, its acceptance is “conclusive, except for latent defects, fraud, gross mistakes amounting to fraud, or as otherwise provided in the contract.” Id. § 52.246-2(k).

In federal government construction contracting, a FAR latent defect exists at the time of acceptance but would not have been discovered by a reasonable inspection. The most important positive aspect of providing services or products to the federal government is to show your internal testing methods. However, much of the analysis presupposes that there is a method of testing that if used, could have exposed the defect. It could go to both the contractor and the government. When the government finally realizes that something is wrong, there is no question that it will demand conformance with the contract terms.

Contractors sometimes have a difficult time providing the proper evidence during litigation in federal government construction claims cases. Latent and patent defects evidence can be tricky. However, making the facts of your case meet the definition of patent or latent can help the case’s progress. As stated earlier, patent defects in a government construction case are those that can be discovered with a reasonable inspection.  The government may try to provide conflicting evidence to show that your company did not provide a reasonable inspection.

Your task will be to show that you met the patent defects evidence requirement by showing that your inspection was reasonable and that the defect could not be found. Understand the tricky approach by the government and being able to distinguish the subject versus objective standard is critical to the outcome.

Evidence of latent defects, on the other hand, will show that more likely than not, the defect could not have been discovered with a reasonable inspection. Examples may include hidden defects with building foundations, under surface discoveries, hidden building cracks etc.

Before proceeding with an argument for having patent latent defects,, one must also remember that the mere existence of a latent defect in a government construction contract negates the effect of a final acceptance. See Spandome Corp. v. United States, 32 Fed. Cl. 626, 630 (1995)(citing United Techs. Corp. v. United States, 27 Fed. Cl. 393, 398(1992)).

Where latent defects in manufactured articles are present, the contracting agencies have  a “reasonable time” to take action and bring a claim against your company. See  Bar Ray Prods., Inc. v. United States, 162 Ct.Cl. 836, 837-38, 1963 WL 8524 (1963). “In order to revoke acceptance of the supply, the government must assert its claim in a timely manner, and prove by a preponderance of the evidence that the alleged latent defect existed at the time of the government’s final acceptance, it was hidden from knowledge as well as sight, and the government could not have discovered it by the exercise of reasonable care.” Spandome Corp. v. United States, 32 Fed.Cl. 626, 630 (1995) (citing United Techs. Corp. v. United States, 27 Fed.Cl. 393, 398 (1992)).

Under latent defects construction law, government contracting agencies have a heavy burden in showing that you performed a contract for services or construction with a defect.  To prove its case the government must show:

In one case on appeal, the Armed Services Board of Contract Appeals ruled that latent defects on government contracts that can be discovered readily by an ordinary examination or test are not latent defects and a failure to make the examination or test does rise to the level of defect. The finality of acceptance is not diminished by such failure. See Polan Industries, Inc., ASBCA Nos. 3996 et al., 58-2 BCA p 1982; Hercules Engineering & Manufacturing Company, ASBCA No. 4979, 59-2 BCA p 2426.

Generally speaking, the Inspection Clause incorporated into a fixed-price government contract for supplies, provides that government acceptance is final and conclusive, except for construction latent defects, fraud, or gross mistakes amounting to fraud.

A fundamental goal of the federal acquisition process is to obtain quality goods, construction contract work or services.  In furtherance of this objective, the Government inspects tendered supplies and services to ensure conformance with contract requirements. While the right to inspect and test is very broad, it is not without limits.

Both prime and subcontractors should remember that the Government has the right to inspect and to ensure that it receives conforming goods and services. See Filing Contract Disputes Act Claims Civilian Board of Contract Appeals.

Particularly with equipment manufacturing, if the contract specifies no particular test, the contracting officer must consider:

For example, just because the government may have performed a preliminary analysis on equipment does not mean that acceptance by the government bars any legal action for a latent defect claim. The facts of each case are critical to the outcome.  See Responding to Government Cure Notice Letter.

An issue arises when a piece of equipment is manufactured and developed to be shipped under a destination contract. In deciding whether there are patent defect and latent defect evidence, it must first be determined what type of inspection or test would have discovered the defect and whether it was reasonable for the Government to have used that inspection or test procedure in the circumstances.

The most common issues when litigating latent defects construction law cases and appeals involve knowing the difference between patent defect vs latent defects in construction contracts. The Board of Contract Appeals ruled that although the defects could have been easily discovered by a torque wrench inspection which was specified in the contract, the board determined that a simple visual inspection was reasonable under the circumstances and that the undersized bolts could not have been discovered thereby. Hence, there was a latent defect. See also Triple “A” Machine Shop, Inc., ASBCA 16844, 73-1 BCA p 9826 (1972) (defects hidden from sight inside sealed units were latent since a reasonable test did not include opening the units). See information about the Prompt Payment Act.

When analyzing your case for the existence of a latent defect, another question must be answered. Did the government actually know about the defect at the time of acceptance? If so, then there is no latent defect. Instead, you have a patent claim defect.  See Southwest Welding & Manufacturing Co. v. United States, 188 Ct. Cl. 925, 413 F.2d 1167 (1969).  Find out more about Overcoming Government Contract FAR Release of Claims Hurdles.

Can You Recover in a Claims for Defective Specifications?

Depending on the facts of your case, one should government contractors can be entitled to an equitable adjustment for increased costs of performance due to defective specifications.” See Clearwater Constructors, Inc. v. United States, 71 Fed. Cl. 25, 32 (2006) (citing L.W. Foster Sportswear Co. v. United States, 405 F.2d 1285 (Ct. Cl. 1969)); see also AAB Joint Venture v. United States, 75 Fed. Cl. 414, 429-30 (2007) (deciding that when the specifications in a contract were largely inappropriate for the construction anticipated under the contract, the plaintiff could recover under a theory of defective specifications). See also Avoiding the Pathway on Government Contract Fraud Cases and Federal Procurement Fraud – Do You Have the Right Defense Lawyer?