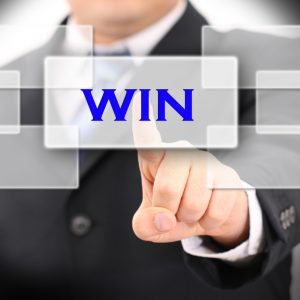 The key to preventing or minimizing the impact from the ultimate disaster (termination for default) is to spend the time and resources to develop a thorough response to the contractor’s notice to cure.

If your response is not adequate in the government’s eyes, the government may terminate the contract for default. Your cure notice response must address the issues discussed in the issued letter at a minimum.

What is a Cure Notice?

If government contractors fail to make progress or fail to perform any other provision of the contract, the Agency Contracting Officer (ACO or CO) will issue a “Cure Notice”.The cure notice is really a chance for your company to convince the contracting officer that you can get back on track and meet the contract’s terms and conditions.

The cure notice must be in writing and specifically state what failure exists and provide 10 days to ‘cure’ the failure. There is no statutory format per se. However, the FAR does provide guidance. The main question when challenging the cure notice’s contents is whether it provided you with sufficient notice to resolve the problem. The intent of the regulations is for the government to provide sufficient notice before executing a later adverse action.

FAR 49.607 Notice and Cure Provision : Is There a Specific Format For a Cure Notice Response?

How to respond to a notice to cure. Under FAR 49.607(a),  notice and cure provision, the contractor’s cure notice should include:

Specific details about the alleged failures in the contract. The government should also provide you with a reasonable time to cure and even arguably provide what you need to do in order to accomplish an acceptable to cure. ( E.g. Does the CO want to see a plan?)

Tip: Failure to provide a proper cure notice could be used against the government as a defense in a termination for default appeal.

According to Aquisition.gov The formats of the delinquency notices in this section may be used to satisfy the requirements of 49.402-3 . All notices will be sent with proof of delivery requested. (See subpart  42.13 for stop-work orders.)

(a) Cure notice. If a contract is to be terminated for default before the delivery date, a “Cure Notice” is required by the Default Clause. Before using this notice, it must be ascertained that an amount of time equal to or greater than the period of “cure” remains in the contract delivery schedule or any extension to it. If the time remaining in the contract delivery schedule is not sufficient to permit a realistic “cure” period of 10 days or more, the “Cure Notice” should not be issued.

How Much Time Should the Agency Give to Cure the Problem?

If the time is not reasonable, it could serve as a defense on appeal

The contractor cure notice is a combination of providing sufficient notice and a reasonable time to get the problem(s) cured.  The “government contracts [law] has adopted [the doctrine of anticipatory repudiation], expressing it as a requirement that the contractor give reasonable assurances of performance [but only] in response to a validly issued cure notice.” AEC Corp., 224 F.3d at 1338; see also Cross Petroleum v. United States, 54 Fed. Cl. 317, 326 (2002) (holding that the failure to afford a contractor notice and the contractually specified period to cure precludes the government from asserting a defense of anticipatory repudiation for failure to provide assurances).

What Should the Minimum Cure Notice Response Letter Contain?

Adequate contractor notice to cure responses should at a minimum include:

In Your Cure Notice Response, Did You Give the Government Adequate Assurances?

In accordance with the contract’s Default Clause, the agency can, and often expects to see, adequate assurances of timely performance when you reply to government notice to cure letters.  In your cure notice response, you must lay out a viable plan of action of how you will commit to the timely performance of the contract. Contracting officers almost always use this reason to proceed to a termination for default.

A termination for default can be justified if your response fails to give the government sufficient assurances of your company’s capability of timely performing in a specification-compliant manner. Courts tend to side with the agency if the contracting officer terminates your contract due to insufficient information in your response.

Examples include ordering materials to fulfill the specific terms of the contract; providing schedules and steps that you will use to meet the remaining obligations. It is always important to communicate with the CO and keep documentation on such communication.  It can be an essential part of an appeal that you file later.

Tip: In your response to the notice to cure letter,  never ask the contracting officer to change the terms and conditions of the original contract for the first time in your contractor notice to cure response.

Has the Government Rescinded the Cure Notice Letter – Then Subsequently Issued a Termination for Default?

What is Anticipatory Repudiation in Government Contracts?

Anticipatory repudiation can be a defense used by the contracting officer in a cure notice / termination for default situation when the contractor does not communicate that it can intend or can meet the terms of the contract.

The agency will then argue or support a termination for default by suggesting to the court that you could not meet the terms and therefore a default termination was justified. If you are not prepared for this defense, then it will be difficult to overturn the termination for default on appeals. See also Avoiding the Pathway on Government Contract Fraud and Federal Procurement Fraud – Do You Have the Right Defense Lawyer?

Avoiding Other Common Costly Mistakes With Your Notice to Cure Response

The key to avoiding a termination for default is to focus on responding to government cure letter ahead of time in a way that gives the agency assurances that you will accomplish the task(s) at hand.

Although you may be angry or disagree with the government’s explanation, your notice to cure response must focus on providing a plan of action, articulating legal excuses for noncompliance, and describing why a termination for default will not be in the government’s interest.

Your Response Should Not Just Focus on Government Fault or Wrongdoing.

If this is the gist of your response, it can be the “kiss of death” to any chance of appeal. A costly mistake can arise when your cure notice of default response is filled with only reasons why the government is incorrect, assigning blame to the government, and simply demanding payment for an alleged scope change. If you have a disagreement with the issuance of the cure letter, you may want to consider showing full compliance with the contract terms but also responding with any claims against the government. This preserves any rights to appeal that you may have.

Your Cure Notice Response Should Minimize the Chance of a Termination for Default?

Failure to submit an adequate cure notice response to the contracting officer can have fatal results. A common headache and fear of many government contractors is receiving a termination for default. Your response can save the day if done correctly. Many companies engage without the help of legal counsel but only to find out that the response approach was argumentative and just pushed the contracting officer’s final decision to terminate for default. See the difference between termination for convenience and default.

Did Your Response to the Government’s Cure Notice Include Claims Against the Agency and  Matters That Must be Covered Under the Contract Disputes Act?

The US Court of Appeals for the Federal Circuit also ruled that “a valid claim under the CDA must contain ‘a clear and unequivocal statement that gives the contracting officer adequate notice of the basis and amount of the claim,’” but that it “need not take any particular form or use any particular wording.” Id. (quoting Contract Cleaning Maint., Inc. v. United States, 811 F.2d 586, 592 (Fed. Cir. 1987)).

Should Your Cure Notice Response Include Any Claims You May Have Against the Government?

If not, the government’s attorney on appeal will argue that the court does not have jurisdiction to hear the case because your responses to the Cure Notice and Show Cause Notice does not constitute valid claims.

However, in addition to proper responses to the government’s cure notice, you can still present allegations and legal defenses. Contractors should seriously consider this aspect of the response to the cure notice letter. In addition, your response would also have to have proper certification under the CDA. See Northrop Grumman Computing Sys., 709 F.3d at 1112; Alliant Techsystems, Inc. v. United States, 178 F.3d 1260, 1266–67 (Fed. Cir. 1999).

Can You Government Introduce Evidence To Support a Default Termination That It Did Not Bring Up in the Contractor Cure Notice Letter?

The tough answer to this question is Yes. In the case of NCLN20, Inc. v. United States, No. 02-1282C (July 21, 2011) before the U.S. Court of Federal Claims, the agency argued that its termination for default was justified by the contractor’s failure to obtain a contractually required Michigan security guard license. The court found that although the CO did not cite the contractor’s failure to comply with the Michigan security guard license requirement as a reason supporting the September 28, 2001 termination for default, later discovered evidence may provide cause for termination. To support its decision, the Court of Federal Claims cited Joseph Morton Co. v. United States, 757 F.2d 1273, 1277 (Fed. Cir. 1985) (“[I]t is settled law that a party can justify a termination if there existed at the time an adequate cause, even if then unknown.” (citations omitted)).

For additional help with responding to a federal government cure notice or show cause notice, whether you have a construction contract or service contract, contact a government contracts attorney at 1-866-601-5518. FREE INITIAL CONSULTATION if you have time remaining.