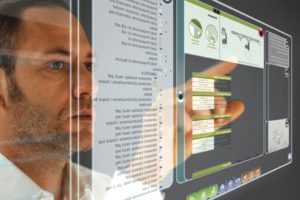 A common dispute arises in federal government contracting as to whether a term extension for a General Services Administration (GSA) Federal Supply Schedule Contract FSS task order constitutes a new contract. The US Court of Appeals for the Federal Circuit ruled on this very issue in a recent case.

The Court of Federal Claims (CFOC) in its lower decision decided that it did not have jurisdiction to hear the case because it believed the new Federal Supply Schedule task order extension was governed under the Contract Disputes Act (CDA). The case arose from a bid protest challenging the decision on the General Services Administration contract / FSS task order extension.

Appealing Court of Federal Claims Decisions: Appealing decisions from the US Court of Federal Claims requires a strong showing that there has been factual or legal error. When appealing a decision from the Court of Federal Claims, the US Court of Appeals for the Federal Circuit will interpret government contracts , contract terms, and statutory language without deference. Precision Pine & Timber, Inc. v. United States, 596 F.3d 817, 824 (Fed. Cir. 2010) and . Res-Care, Inc. v. United States, 735 F.3d 1384, 1387 (Fed. Cir. 2013). This can pose a problem for non-government contract lawyers who ae unfamiliar with the Federal Acquisition Regulations (FAR) or other statutes governing federal procurements.

When appealing the Court of Federal Claims’ dismissal for lack of subject matter jurisdiction, Federal Circuit Court of Appeals looks at the issue as though it was a totally new case (de novo). When a bid protest case gets dismissed, the US Court of Appeals for the Federal Circuit will also make sure that the protest was filed by an interested party under the  Tucker Act.

The Federal Circuit Court of Appeals interprets the definition of an interested party under 28 USC 1491(b)(1). An interested party is “an actual or prospective bidder or offeror whose direct economic interest would be affected by the award of the contract or by failure to award the contract,” based on the definition provided in the Competition and Contracting Act (“CICA”), 31 USC 3551–56. CGI Fed., Inc. v. United States, 779 F.3d 1346, 1348 (Fed. Cir. 2015).

FSS TASK Order (IDIQ) A New Contract: Contrary to the Court of Federal Claims decision, the Federal Circuit Court of Appeals disagreed with the notion that when a government contracting agency issues an extension to a Federal Supply Schedule task order under an IDIQ contract, it should be treated as Contract Disputes Act claim. If the COFC was correct, then the protestor would have had to file a claim against the government and then go through the administrative process.

The Federal Circuit Appeals Court even found that even if a new IDIQ task order is given to the same contractor, the extension is still a new award for purposes of the Tucker Act and bid protest jurisdiction.

On appeal, the contracting agency tried to argue that the award term extension was not a separate procurement. The appeals court didn’t see it that way.  Instead, the relied on the recent Supreme Court decision in Kingdomware Techs., Inc. v. United States, which also suggests that a task order extension constitutes a new contract award.

The power of the appeal process is present in this case. Although the lower trial courts have substantial discretion to hear government contract cases, sometimes they do make erroneous decisions.

For help appeal a lower Court of Federal Claims decision to the US Court of Appeals for the Federal Circuit, call our federal government contract law attorneys at 1-866-601-5518. FREE INITIAL CONSULTATION.