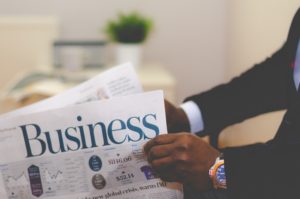 The focus on SDVOSB fraud in government contracting has significantly increased over the last five years. Service-Disabled Veteran-Owned small businesses find themselves facing criminal conspiracy charges while also submitting false claims in an effort to defraud the government and ultimately obtain SDVOSB set-aside contracts with the VA or other government contracting agencies.

Management and Control of SDVSOB Companies

One of the major approaches to fighting SDVOSB fraud cases is when the government looks to see who actually manages and controls the entity. Small business regulations frown on business relationships where a person or other entity has the ability to control the targeted company. The disabled member has to show that he controls the business, makes the relevant daily decisions and totally controls the business.

Failure to demonstrate being in control will more than likely lead to guilty verdicts and unnecessary jail time. Defeating the government’s allegations simply means understanding both the underlying rules for SDVOSB set-asides and how companies working together on government contracts must engage. Some obvious problems that help the government to indict CEOs include:

Even if there is no evidence of actual control of your SDVOSB company, small business fraud cases can still succeed when federal law enforcement agencies find that another company or person (or both) has the ability to control the business. Unfortunately, these detailed rules surface when companies are being indicted in small business fraud cases. See also information about How to Minimize Criminal Liability in Government Contract Fraud and Procurement Investigations.

There are cases where individuals are indicted because the underlying argument by the government is that the conspirators knew what they were doing was wrong and they took the steps to conceal it. The basic rule for any small business to avoid fraud is to understand the rules upfront. For example, a common factor in many SDVOSB fraud cases includes alleged violations of the limitations on subcontracting rules.  Knowing how much work you can pass on to subcontractors is something companies cannot afford to gamble with. Federal investigations tend to focus on this aspect of the law because the government can then build upon criminal charges of fraud. See information on avoiding fraud. Government contract fraud is alive and well. In addition to conspiracy and SDVOSB fraud cases, federal prosecutors also look for false statements made to the government and also the possibility of wire fraud since the defendants have allegedly used fax machines and telephones to gain awards of federal contracts.

Small businesses charged with SDVOSB fraud will more than likely have to also deal with the general conspiracy statute, 18 USC 371,  that creates an offense “[i]f two or more persons conspire either to commit any offense against the United States, or to defraud the United States, or any agency thereof in any manner or for any purpose.  Referred to as the ‘defraud’ clause, 18 USC 371. creates a separate offense from the “offense clause” in Section 371. Both offenses require the traditional elements of Section 371 conspiracy, including an illegal agreement, criminal intent, and proof of an overt act.

When federal prosecutors attack improper subcontracting relationships and pass through fraud cases, the results can be catastrophic.  For example, in 2017 a government contractor Academy Medical, LLC (Academy), and its owners, were charged with criminal liability but ultimately settled for the matter and paid heavy fines. The settlement in the case resulted due to allegations that the Academy had exploited the SDVOSB certification of a service-disabled veteran to profit from the Veteran Affairs (VA) government contracting opportunities.

Academy had prepared a contractor teaming agreement. The case resulted in allegations of the companies having a “pass-through” for Academy. Rather than heed warnings, Academy structured its dealings with the veteran company so as to relegate the veteran to the role of a pass through.   Small businesses can avoid this type of criminal liability by developing a deeper understanding of the rules. See the entire case here.

Many government contracts and small business frau defendants find themselves at a great disadvantage because the criminal defense lawyer hired may not be well-versed in the substantive laws that govern small business programs such as service-disabled veteran own business programs. As a result, the federal prosecutors have an advantage because they have the resources to count on other agencies such as the VA or SBA to ‘fill in the gaps.” See information about CVE SDVOSB Protests.