Launching a best value bid protest very common and among the most litigated cases before GAO. Oftentimes, agencies do not follow the solicitation’s requirements. 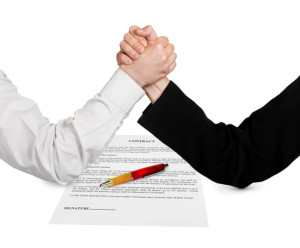 However, to attack the agency’s actual evaluation needs an argument that is more than just a disagreement. Instead, attacking the best value evaluation requires a showing of what exactly the agency did wrong, the unreasonableness of the actions and how were prejudiced as a result.

An example of a GAO bid protest that challenged the best value decision of the government was when KBS, Inc., of Richmond, Virginia. KBS protested the award of a contract to Blueridge General, Inc., of Norfolk, Virginia under request for proposals (RFP) No. N40085-10-R-3002, issued by the Department of the Navy, Naval Facilities Engineering Command for exterior renovation and replacement of the roof of Building 3 at the Naval Medical Center in Portsmouth, Virginia.

For negotiated solicitations, the government is required to conduct a best value and trade-off analysis under FAR 15. However, when attacking the result in a best value bid protest, your best bet is to focus on the evaluation weight placed upon non-price and price factors.

You must also focus on maximizing your technical proposal in that it provides for strong management and key personnel offering. Matters such as education, certification and years of experience weigh heavily when the Agency looks at the value of your proposal.

Understanding the PWS requirement is also heavily weighed when considering best value and trade-offs. You must focus on telling the government HOW you plan on meeting each PWS requirement. Only when you have a compelling and compliant technical proposal can you effectively attack the Agency best value analysis in a bid protest.

A common misconception when filing a best value bid protest is that you can win by attacking the best value decision by the source selection members. This can be a critical mistake because in an LPTA procurement, there is no allowance for a best value trade-off decision.

The Agency is however allowed to perform a limited best value analysis when considering whether your proposal meets the acceptability requirements as stated in the solicitation.

When bid protest lawyers file a best value bid protest at the GAO, making the argument of improper agency decisions must be supported with both case law and evidence.

Many bid protest lawyers understand this basic plan of attack. However, it takes more than a basic allegation to win a bid protest. Best value bid protest attacks are one of the toughest to overcome at the GAO level.

You should at least consider the following:

To successfully prevail in a best value bid protest, the agency’s evaluation must be unreasonable, contrary to the award criteria in the solicitation, or a clear violation of law. This yet another reason that contractors who intend to file a protest based upon a best value challenge should seriously consider not filing on their own with proper legal guidance from their lawyers.

3 comments on “Best Value Bid Protest : How to Attack Them”