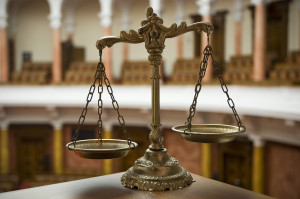 When a government contracting agency cancels a contract, you should not directly appeal the Board of Contract Appeals. You must first submit a claim under the Contract Disputes Act (CDA) and then request a final agency decision by the Contracting Officer. Only then does an appeal court have subject matter jurisdiction to hear the matter. See also Terry Wray, ASBCA No. 40577,91-1 BCA 23,556.

The “Disputes” clauses require that before there is a contract termination claim appeal, your request must be decided by the contracting officer, in writing. The mere cancellation of a government contract is not a decision concerning a claim as under the CDA.

In addition to Contract Disputes Act appeals, The Board is permitted to entertain appeals “pursuant to the provisions of contracts requiring the decision by the Secretary of Defense or by a Secretary of a Military Department or their duly authorized representative.” Armed Services Board of Contract Appeals Charter, 48 C.F.R. ch. 2 app. A,-r l(b) (2010).

Before heading to an appeals court with a claim against the federal government, always consider having a contract claims attorney at the initial claims submission phase.  This way you can avoid costly mistakes while preserving your right to appeal.

When contemplating on filing a contract termination claim appeal, you must also be aware of procedural land mines. Government contract law is pretty clear that appellate courts do not have subject matters jurisdiction to hear a contract appeal unless there is a final agency decision (from the contracting officer.)

The is an essential step that may contractors miss. Failing this step may cost you thousands in unnecessary appellate litigation costs.

As mentioned in other sections, the Contract Dispute Act requires:

Part of understanding your rights to an appeal is to have your federal appellate attorney to explain legal reasons for appeal, what can happen even if you get a favorable ruling and the impact on the day-to-day operations of your business.

For example, a contract termination claim appeal  could allow the Appellate Court to remand the case back to the agency or lawyer administrative for further inquiry. Oftentimes, where there is legal and reversible error, you may now have to go back to the drawing board on the issue in question. This can mean spending additional attorney fees.

The upside, besides winning the appeal, is that the government contract in question may be worth enough that the litigation process does in fact give you the option to generate more revenues.

Another example of an upside to filing a contract termination of contract claims appeal is that it may force the government into negotiation. Although agencies may not realize it, taxpayers actually foot the bill for the government’s  litigation.