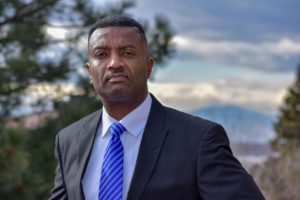 By: Theodore P. Watson.The Ostensible Subcontractor Rule creates a dangerous situation for small businesses when bidding on federal government contracts. It usually comes about when the competition files an Small Business Administration (SBA) size protest and claims that you, as the awardee and prime contractor, are unusually reliant on the proposed subcontractor or teaming partner.

Like most bid protests of this type, the rules are somewhat tricky.  The substance of challenging the SBA’s size determination on appeal usually rests on three things. First, what did the protestor allege. Second, how did the SBA investigate and come to its conclusion. Lastly, what does the size appeal to OHA allege?

What is the Ostensible Subcontractor Rule?

The Ostensible Subcontractor Rule inquires “whether a large subcontractor is performing or managing the contract in lieu of a small business [prime] contractor.” See Size Appeal of Colamette Constr. Co., SBA No. SIZ-5151, at 7 (2010).

Does having a series of contracts with your subcontractor /teaming partner mean that you are automatically affiliated?

If your company appealed and SBA size determination with only this argument, and nothing else, you will probably lose the appeal. The SBA has wide latitude to reach its conclusions. Therefore, you would want to have more than just an allegation.

The procurement regulations allow companies to team and joint venture with each other (subject to certain limitations). Therefore, it is not unlawful for companies to have worked with each on several government contracts.

However, having an extremely long relationship and of consistently performing contracts together, especially with a large business, may trigger some concern of undue reliance or not being able to complete contracts on your own.

What Does the SBA Look For ?

Subcontractor Rule, the SBA will investigate. It will examine all aspects of the relationship, teaming agreements and joint ventures, including the terms of the proposal and any agreements between the firms. Size Appeal of C&C Int’l Computers and Consultants Inc., SBA No. SIZ-5082 (2009).

Again, this is a very broad scope of inquiry. The SBA often will look into the proposal and draw conclusions from the documents you submitted with the proposal. The SBA also looks to see if your company has performed a substantial amount of contracts in the past with the alleged affiliate. These are all signs of affiliation. See information about when your size status count.

Each case is fact-specific and sometimes difficult to overcome in the heat of litigation.  On appeal, OHA tends to give the SBA wide latitude to come to its conclusions. However, when you are defending a small business size protest, you have to opportunity show that the SBA decision was factually or legal erroneous.

Generally, “[w]here a concern has the ability to perform the contract, will perform the majority of the work, and will manage the contract, the concern is performing the primary and vital tasks of the contract and there is no violation of the ostensible subcontractor rule.” Size Appeal of Paragon TEC, Inc., SBA No. SIZ-5290, at 12 (2011).

What is the Standard of Review on Appeal?

As the party appealing the SBA Size determination, you have  the burden of proof ( by a preponderance of the evidence) all elements of the appeal. You, or your OHA appeals attorney must prove the SBA’s size determination is based upon a clear error of fact or law. See 13 CFR 134.314.

OHA will only interfere or disturb an area office’s size determination if, after reviewing the record, the OHA judge has a definite and firm conviction that the area office erred in making its key findings of fact and law. Size Appeal of Taylor Consultants, Inc., SBA No. SIZ-4775, at 11 (2006).

What does this mean?

When you appeal the SBA’s size determination based on the Ostensible Subcontractor Rule, you cannot simply conclude that the decision was unreasonable. Instead, you have to provide detail and legal analysis. You have to actually show what the SBA did wrong to a level that warrants a reversal or a remand (sending the case back) to ‘get it right.’

The “ostensible subcontractor” rule suggests that your subcontractor is not a similarly situated entity which performs the primary and vital requirements of a contract or is a subcontractor upon which you, the small business prime contractor, is unusually reliant. 13 CFR 121.103(h)(4).

As the prime contractor, you and the alleged ostensible subcontractor are treated as joint venturers for size determinations if the SBA makes a finding of affiliation. Id.

The reason for the Ostensible Subcontractor Rule is to “prevent other than small firms (large businesses) from forming relationships with small firms to simply  evade SBA’s size requirements.” Size Appeal of Fischer Business Solutions, LLC, SBA No. SIZ-5075, at 4 (2009).

The limitations on subcontracting rule has teeth when it comes to pass-through contracts or contract management matters. Prime contracts may want to stay away from the is argument during a size protest appeal.

OHA has often ruled that the limitations on subcontracting under FAR 52.219-14 are matter of contractor responsibility, and thus beyond OHA’s subject matter jurisdiction. See Size Appeal of Shoreline Services, Inc., SBA No. SIZ-5466, at 10 (2013); Size Appeal of Assessment & Training Solutions

How Does Affiliation Apply to the Ostensible Contractor Rule 13 CFR 121.103?

The SBA and OHA consider several factors when assessing affiliation and control. The factors include:

Tip: When you are appealing the SBA’s size determination, you cannot speculate. Instead, the allegations must be supported by the record.

What does the SBA have to do or how does OHA apply the legal analysis?

There are many facts that can support affiliation under the Ostensible Subcontractor Rule. One must first decide if the relationship between a prime contractor and a subcontractor / teaming partner rule.

The SBA is a small business size protest case must must examine all aspects of the relationship, including the terms of the proposal and any agreements between the firms. The analysis must also include whether the subcontractor is the incumbent contractor and is ineligible to submit a proposal because it exceeds the applicable size standard for that solicitation. Size Appeal of C&C Int’l Computers and Consultants Inc., SBA No. SIZ-5082 (2009); Size Appeal of Microwave Monolithics, Inc., SBA No. SIZ-4820 (2006).

Is Your Company Unusually Reliant on the Ostensible Contractor?

Tip: OHA has held that hiring the incumbent workforce alone is not problematic so long as the personnel to be hired from incumbent are reviewed individually rather than a unilateral transfer of employees or hiring en masse. Size Appeal of Elevator Service, Inc., SBA No. SIZ- 5949, at 9-10 (2018); Size Appeal of National Sourcing, Inc., SBA No. SIZ-5305, at 12 (2011).

Tip: OBA OHA has also ruled that a wholesale hiring of incumbent employees from a subcontractor is justified when the pool of eligible employees is small or limited. Elevator Service, at 10 (2018).

Tip: You want to at least show that you have been unsuccessful in finding other employees. OHA has decided that a prime contractor’s ability to find other personnel in place of the incumbent’s employees as originally anticipated by the proposal lessens its reliance on the subcontractor. Size Appeal of Spiral Solutions & Technologies, SBA No. SIZ-5279 (2011).

One of the critical aspects of submitting a proposal to the federal government, and using a subcontractor or teaming partner, is to determination whether your company as the prime is performing the primary and vital parts of the project.

The primary and vital requirements of the contractare those generally those associated with the principal purpose of the acquisition. Size Appeal of Santa Fe Protective Services, Inc., SBA No. SIZ-5312, at 10 (2012).

Tip: If all else fails, one can potentially look at a performance based contract and see if the QASP articulates what the government believes to be important. The contents of the Statement of Work is equally as important.

Defending or filing a bid protest alleging a violation of the Ostensible Subcontractor Rule can be tricky. If you are unfamiliar with the nuances of the rule, you can find yourself losing out on the contract award or getting your appeal denied.

For immediate help filing an SBA Size protest or filing a Size Appeal at SBA OHA, Call Our Government Contract Attorneys at 1-866-601-5518.