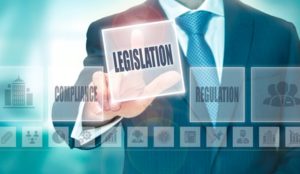 On October 31, 2019, President Trump shut down Executive Order 13495 (EO 13495).  This rule was known as “Nondisplacement of Qualified Workers under Service Contracts.” If your company was a federal contractor doing business with the federal government under a contract covered by the McNamara-O’Hara Service Contract Act (the SCA), you were required to offer a “right of first refusal” of employment to incumbent service employees.  This is no longer the case under current procurement regulations.

The new revocation calls for termination of all investigations or compliance actions based on EO 13495. The real question is how do contractors move forward without subjecting themselves to other brutal procurement regulations such as SBA affiliation regulations and violations of the Ostensible Subcontractor Rule?

Although the revocation gives new contractors the ability to capture incumbent employees, the reality is that small businesses still have to guard themselves against the dangerous SBA affiliation rules.

When hiring incumbent staff, you still should not hire them en masse. You also want to carefully analyze whether you are hiring management staff and how such hiring could impact your company when the SBA addresses affiliation in size protest litigation.

Incumbent contractors, on the other hand, can better guard against current employees drifting to new awardees by virtue of implement non-compete agreements.

Hiring contract incumbent employees under Executive Order 13495 became a hot topic when bidding on government contracts.  Contractors bidding for federal projects must still avoid the painful mistakes seen too late at the small business size protest and bid protest stages.  Your goal is to avoid getting the contract taken away due to a violation of the Ostensible Subcontractor Rule.

If not done correctly, small businesses can still face dangerous problems with SBA affiliation violation allegations. Although the SBA’s new rules reduce the impact of affiliation, the rule is still alive and well. About 65% of small business size protests are based on affiliation when hiring contract incumbent employees.

Who is the Incumbent Employee?

This may seem to be a pretty straight forward question. However, facts sometimes are not so straight forward. If you are an employee that was employed with the prime contractor that was previously performing the contract, then you will probably be looked at as the incumbent employee. There is a question as to whether or not employees that left employment while working for the incumbent are characterized as incumbent employees.

What Does Incumbent Mean?

Under federal contract law guidelines, incumbent means the predecessor company that recently performed the contract. Specifically, the general contractor. For purposes of litigating small business size standard violations, the incumbent worker definition generally means an employee that was or is working for the current company performing the contract in question.  Companies can still find themselves in trouble if they try to suggest that the incumbent worker will be paid from their payroll in the future.

How Does the Right of First Refusal Rule Apply under the rules for non-displacement of qualified workers under service contracts? As a government contractor,  if you are the successful bidder and take over from the contract incumbent company in a service contract, you must offer employment on a right-of-first-refusal basis to qualified employees of the government incumbent contractor who otherwise would lose their jobs under Executive Order 13495. This rule applies to the extent that there are available positions. The Executive Order still has applicable limitations.

Government contracting agencies pay special attention to bidders that propose to use contract incumbent employees in their proposals. Understanding the SBA’s affiliation and Ostensible Subcontractor Rule, and properly assessing your technical approach will reduce your chances of forfeiting your award when your competition files a size protest.

The Non-displacement rule can be confusing when also considering the Ostensible Subcontractor Rule. A common mistake made by contractors is to hire incumbent personnel for management and supervisory positions under the new contract. This can lead the courts to think that you are relying too much on the incumbent contractor. See Difference Between Teaming Agreement vs Joint Ventures.

For purposes of government procurement, a contract incumbent means the actual contractor that is performing the contract before bids are accepted for the new contract. There can be legal disputes when a government incumbent happens to be part of a joint venture in the newly-awarded contract. Small businesses also should monitor the temptation to hire all of the incumbent’s employees. The source selection team may wonder whether your company has any employees of its own and whether you truly have the ability to perform the contract.

Hiring contract incumbent employees or management staff can be dangerous despite the repeal of  Executive Order 13495. Although your proposal or teaming agreement shows that you, the prime will perform the contract’s primary and vital requirements, you can still be caught in a small business size standards protest if the facts show that you  unduly reliant on  incumbent employees (hiring large amounts of its personnel.) See SBA OHA Affiliation Decision Defeats Contractor Argument that Subcontractor Was Similarly Situated.

Do Tribal 8(a) Contractors Become Immune to the Ostensible Subcontractor Rule?

Although tribal 8(a) companies have certain unique protections from affiliation under 13 CFR 124.109(c)(2)(iii).”  Under the Ostensible Subcontractor Rule, the absolute exemption from the affiliation between tribally-owned sister companies for 8(a) contracts is “different than treating the sister companies as though they are one company. Get information about Native American contracts.

Avoid Costly Mistakes in SBA Program Litigation. See What We Do to Help

Although Executive Order 13495 has been repealed, your company can still be in violation of the Ostensible Subcontractor Rule and SBA affiliation guidelines.