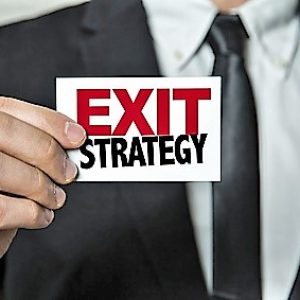 Establishing and proving Federal False Claims Act elements and defenses in government investigations and litigation can make the difference in winning or being an open target for prison time or hefty civil fines. The False Claims Act, 31 USC 3729, is the government’s favorite legal tool to prosecute and impose civil and criminal penalties on government contractors, their employees, or individuals. It is quite obvious that this tool is primarily used to combat government contract fraud. The FCA elements seem pretty straightforward. However, a prudent FCA defense attorney will realize that there is more to simply looking at the basic elements.

Although the Act creates criminal and civil liability for various aspects of conduct in federal government contracting, many of the cases brought by the Department of Justice (DOJ), SBA OIG – office of inspector general, and other federal law enforcement agencies involve allegations that defendant(s) knowingly submitted or caused another to submit a false or fraudulent claim for payment to the government. See 31 USC 3729(a)(1)(A).

What is the False Claims Act?

The logical approach to assert False Claims Act defenses is to pick apart one of the above elements. The prosecutor must prove all and not just a few.

No Falsity – What is Falsity?  Criminal or civil false claims to the government can bring to life to liability if they are either factually false or legally false. False representations support legally false claims. In addition, falsity can be supported by a false representation of compliance with a statutory (FAR), regulatory, or applicable contract term. See information about FCA civil investigative demands.
Courts look at the following to see if there is falsity in a False Claims submission to the government.
1. Express false certification claims.
2. Implied false certification claims.
When a government contractor certifies that his subcontractors are paid to date and that certification is false, the government may bring a false claims statute charge against you.
When you submit a claim asking the government for reimbursement but the materials or work did not meet contract specifications or do not meet limitations on subcontracting of SBA regulations, then a false claims charge may be brought against you.

No Scienter – What is Scienter? Civil or criminal False Claims Act liability does not attach to a case unless the government attorneys can show that the contractor or defendants acted with the required state of mind (to deceive the government). This is otherwise known as “scienter.” The FCA is intended to hold contractors or defendants liable only if they knowingly submitted false to the government. This a yet another false claims defense if you can prove it. See information about false claims retaliation.

What level of knowledge is required in a False Claims Act case? The law requires a showing that you, the contractor, submitted a claim with knowledge of its falsity to the government. The Federal False Claims Act knowledge requirement (in both Qui Tam actions and Internal Investigations) includes:

The government or Qui Tam Relator only has to show or allege one level of the above knowledge requirements. The majority of United States federal circuit courts of appeal that have considered the issue have held that the civil and criminal False Claims Act requires an objective scienter standard. When a contractor somehow acts with the belief that it was following a statute under its own interpretation, the fact that it was wrong does not rise to the level required in federal cases. This defense helps to create some level of escape for defendants in a government contracts False Claims Act case.

When the company is targeted, most courts require some showing of corporate-wide proof or top-down directive to hold the company liable for false claims knowledge liability. This is a critical area for hiring a government contracts false claims defense lawyer can be beneficial.  See information about hiring defense contractor fraud attorneys.

Materiality under the federal Act requires a showing of “having a natural propensity or tendency to influence, or be capable of influencing, the payment or receipt of property” from the government. If the information or false submission was not important enough that it would probably have influenced the contracting officer’s decision, then there could be a legal defense in the making. See Universal Health Services v. U.S. ex rel. Escobar decision in 2016.

No Causation – What is Causation?

The causation analysis in a federal case is just as important as with any other allegations in a case. There must be some causal connection to complete the government’s case. Courts are split in how causation is analyzed as one of the FCA elements.

Note that the False Claims Act imposes liability even where a company does not directly submit a claim to the government. For example, a company may be liable for causing false claims when it adopts a policy or makes representations about its product’s capabilities that lead another company to submit a claim to the government. This type of legal defense in federal false claims act and qui tam litigation is tricky. Yet, another reason to have a viable FCA defense attorney on board.