Recently, many contractors have questions about the grounds supporting a termination for default letter. When seeking to appeal default termination, the evidence, procedure, and how the court decides a case is essential to the litigation strategy. For example, when looking at the Termination for Default clause (T4D) of the 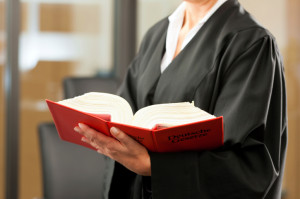 Tip:  When considering grounds supporting  a termination for default letter, submission of defective items to the government for acceptance as a method of a contractor quality control program is not an acceptable practice.

Although the Contracting Officer may be required to articulate his or her grounds supporting  the termination for default letter, the court can still reach a decision based upon the “totality of the circumstances” at the time of the termination. This is a catchall rule where it can be difficult for you to prevail. Understanding how the appeals court makes its decision is critical to winning your case.

By preparing your appeal with the totality bullet in mind, you will be adequately prepared by showing that the decision to terminate was either excusable or simply not your fault. Without this approach, you will find yourself constantly defending the government attorney’s allegations. See also information about required evidence in termination for default appeals.

The primary way to defend grounds supporting a termination for default letter on a government contract is to provide evidence that the problem was not your fault. You would have to show facts such as:

Although as a last resort, termination lawyers may argue that the contracting officer acted in bad faith. These are hard facts to prove. Courts always look at the notion that Government officials are presumed to act in good faith. See also information about good faith and fair dealing.

When deciding whether grounds for supporting a termination for default letter decisions are valid, a court’s review of an Agency’s justification does not depend on the contracting officer’s subjective beliefs, but rather requires an objective inquiry. In other words, when considering the grounds for termination, the court uses the objective test to seek out new facts on the record to find a way to agree with the government. See, McDonnell Douglas XII, 323 F.3d at 1016. See also information about reprocurement costs.

The Court Also Looks at Other Grounds for the Termination

When appealing the Agency’s decision, you must also keep in mind that if another ground existed for a termination for default leter, regardless of whether that ground was known to the contracting officer at the time of the termination, termination can still be justified. The Federal Circuit ruled on this matter in Kelso v. Kirk Bros. Mech. Contractors, Inc., 16 F.3d 1173, 1175 (Fed. Cir. 1994) (“This court sustains a default termination if justified by the circumstances at the time of termination, regardless of whether the Government originally removed the contractor for another reason.”); Joseph Morton Co. v. United States, 757 F.2d 1273.

CO’s Knowledge of All Facts Irrelevant

The appeals court will again look at the totality of the circumstances existing at the time of the T4D termination in reaching its decision of whether the termination of your contract for default was justified.

Avoid Costly Mistakes Get a Free Termination for Default Checklist