Improve business relationships by teaming and joint venturing under the Native American and Super 8a rules.

Are you having problems as an 8a Contractor getting Native American Government Contracts? Alaska Natives and Indian 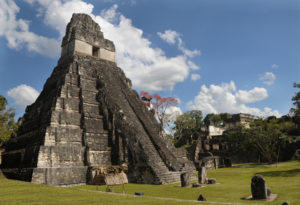 Tribes, and Native Hawaiian Organizations have a unique relationship with the United States Government as set forth by the U.S. Congress.  However, the reality is that many tribal companies still do not get any substantive federal contracts. There are potential issues on both sides of the fence that lead to this problem. In other words, meeting the Native American owned business certification requirements alone does not guaranty federal government contracts.

Companies on both sides of the fence should seek out reputable companies for teaming and joint venturing. This can overcome the perception from contracting officers that tribal entities do have have the past performance to safely  perform and and finish federal projects.

Generally speaking, Native American communities lack the infrastructure and economic development opportunities that would typically allow a standard community to grow and prosper. Federal contracting agencies, on the other hand, arguably do not have aggressive programs that both share the wealth among super 8a companies and help small companies to grow.

Despite the unique rules that allow Native American small businesses to secure federal government contracts, there is still a national problem and some disparity as to who actually gets federal procurement projects. For example, statistics show that tribal entities receive fewer government contracts than Alaskan Native Corporations.

Nevertheless, developing successful strategies for seeking out and acquiring government contracts remains a huge problem. Building the proper relationships between Native American contractors and traditional contractors still seems to below the norm.

In March 2011, the Federal Acquisition Regulation was amended to include a new requirement for a written justification for sole-source 8(a) awards over $20 million, where previously no justification was required. GAO has previously reported on tribal 8(a) contracting and recommended improved oversight.

Native American government contracts are subject to CFR 124.506 which addresses exemption from competitive thresholds for Participants owned by Indian tribes.

SBA may award a  8a sole source  contract to a Participant concern owned and controlled by an Indian tribe or an ANC Where the anticipated value of the procurement exceeds the applicable Competitive threshold if SBA has not accepted the requirement into the 8(a) BD program as a competitive procurement. 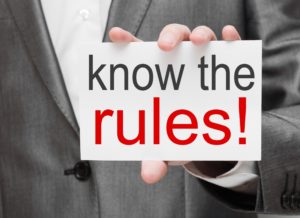 1)   8a Native American requirements laws allow for an 8a contractor to be eligible for the large sole-source contracts, they can also select whomever they want to manage the 8(a), whereas individual owners must manage the 8(a) on their own. Native corporations must have Boards of Directors, which oversee the 8(a) management team as well as other issues, such as preservation of their culture and distribution of tribal owner benefits.

3) Native corporations can have multiple 8(a)s, but no two subsidiaries can be in the same primary industry code. The reason for this is that Native 8a government contractors provide benefits to their tribal owners and community.

Definition of a Disadvantaged Business Enterprise for Native American Contractors

Agency Compliance With 8a Native American Requirements for Government Contracts

There is still a question as to whether they are truly given preferential treatment allowed by federal statutes. 8a contracting lawyers are filing or defending bid protests for Native American incentive bid awards. A number of government contract awards to Native American tribes arguably shows a different result.

Many agencies and some SBA offices analyze awards to Native American contractors contrary to what the Congress has provided for. For example, the obvious question of past performance is introduced by the agency. Thus, having very little past performance, the contracting officer often decides not to award contracts.

Although FAR 9.6 allows for teaming arrangements and joint ventures (which should reduce the government risk of non-performance, the Native American tribes under 8a contracting rules still have yet to get their fair share of federal contracts.

Native American sole source contracting rules and 8a government contracts regulations allow for the contracting officer to consider the past performance of the tribe’s teaming partners. However, most elect not to. The reason given is that the federal procurement rules do not make it mandatory to do so.

The GAO has ruled many times that the contracting agency can consider a teaming partner or subcontractors past performance when awarding government contracts. Yet, the question remains why aren’t their more awards. Government 8a contracting lawyers should pay special attention to this analysis.

Undoubtedly, this effects the economy. Partnering or teaming with contractors in the Native American 8a program can be beneficial to the few government contractors that have been given the opportunity to team with tribal communities. However, more scrutiny should be brought upon the agencies that consistently refuse to award government contracts according to CFR 124.506 (b) and FAR 9.6.

In 2019 there was been increased scrutiny against companies claiming to the Native American.

According to Latimes.Com, Federal, state and local authorities have increased scrutiny of minority contracting programs across the country in the wake of a Times investigation that found that companies received more than $300 million in government contracts based on unsubstantiated claims by the firms’ owners to be Native American.

There is a difference in the application of government procurement rules for individual companies claiming to the Native American-owned and a tribal entity that is authorized under SBA affiliation rules to get into the 8(a) BD program.

When government contracting agencies face tight deadlines and want to avoid delays with pending procurements, they would look at the unique 8(a) sole source requirements to Super 8a contractors.

Companies seeking to team with Native American companies can gain past performance at an equally faster rate since teaming with tribal entities or ANC companies is based on faster award timelines.

If you award your subcontracts Subcontracts to an ANC or Indian tribe, the subcontracted amount shall be counted towards the government’s subcontracting goals for small businesses and small disadvantaged businesses.

The teaming advantage occurs regardless of the size or SBA certification status of the ANC or Indian tribe. FAR 19.703 (c)(1)(i).

When you are teaming or joint venturing with a company that has Native American business certification, as the prime awardee their special rules do have to unique advantages that include the inability to file a bid protest in most situations. As a teaming partner or subcontractor to a Native American contractor, you can be protected under their unique rules. See 13 CFR 124.517

Why an Alaskan Native Corporation (ANC) or Tribal 8a Firms?

The Federal Government can choose to award sole source contracts to ANC 8(a) or Tribal 8a companies up to $100M without a Justification and Approval (J&A) and more than $100M with a J&A. This puts small business is unique position to be able to get more revenues from federal contracts without the absolute headache of bidding. See also information about federal suspension and debarment.

Considerations When Teaming with ANC and Tribal 8a Contractors

If you are contemplating teaming with ANC companies or joint venturing with Tribal 8a contractors, there are certain considerations you must make. They include:

Want to Improve Your Business Relationships and Get More Revenues from Federal Government Contracts?