Past performance evaluation of parent companies can sometimes go unnoticed by the government or bidders submitting proposals. There a certain allowances where a 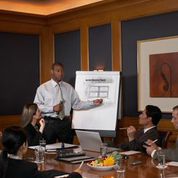 contractor can submit, and use past performance write ups of parent companies. However, the starting point is to understand the general legal analysis for affiliation under procurement laws.

In government contracting, examples of affiliation occur when the small prime contractor unduly relies on a teaming partner or subcontractor to perform the vital primary and vital aspects of the project. Reliance is uniquely analyzed by the Agency and the SBA.

There are various ways to legally determine whether affiliation exists. One of them is to look at your past performance of your teaming partner’s or subcontractor’s past performance.

The parent large business should not be allowed to accomplish a result that the set-aside on its face prohibits. These leads the analysis to the limited ability for the government to consider the parent company’s past performance.

When evaluating your experience, GAO could sustain a bid protest if the contracting agency improperly evaluates the past performance evaluation of parent companies.

Tip: Your bid protest must also show prejudice to be complete.

Tip: When bidders lack relevant past performance, the agency should not arbitrarily credit the past performance of parent companies with the required additional information in the proposal.

Solicitation and Requests for Proposal that permit you to submit relevant prime contracts and subcontracts for acquired companies, divisions, subsidiaries or major subcontractors usually require your proposal to demonstrate how the entity will contribute to the ability to meet the solicitation’s requirements.

For example, you can show how the resources of the parent or affiliated company–its workforce, management, facilities or other resources–will be provided or relied upon for contract performance such that the parent or affiliate will have meaningful involvement in contract experience. Ecompex, Inc., B-292865.4 et al., June 18, 2004, 2004 CPD ¶ 149 at 5.

Tip: Although you can propose the level of experience by parent companies, you still have to balance this with the meaningful performance of the prime offeror. In other words, you cannot solely rely on the parent company to perform the entire contract.

Past performance evaluation of parent companies for scoring purposes must also be relevant to the upcoming project.  A major problem for large parent companies is that their profiles are so large that it may be difficult to ascertain the degree of relevancy to the current project. Large Corporate names, by themselves, will not carry the day. See also information on hiring incumbent employees.

What Happens If The Prime Does Not Have Any Past Performance?

Otherwise, the subsidiary would more than likely receive a neutral rating. However, additional consideration will be given to the parent company’s experience. This goes directly to the risk of successfully performing the upcoming project. See also, information on technical proposal writing and joint ventures.

If you are contemplating filing a bid protest for improper use of past performance evaluation of parent companies or intervening a launched protest, call our GAO protest lawyers at 1-866-601-5518.