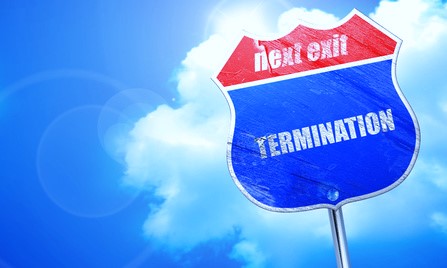 Contractors who incorrectly respond to termination by default or cause quickly find the painful and subtle differences, especially at the appeals stage. The same is true when the contractor does not submit his termination for convenience settlement proposal on time.

On the other hand, the government’s decision to issue a contract termination for cause (T4D) takes a totally different path.  A default situation is more damaging to your reputation and ability to conduct future business with the federal government if not handled correctly. In either situation, you should act immediately to protect your legal rights. Once a case gets closer to a FAR termination for cause clause and convenience, it is generally more difficult to reverse or properly negotiate.

An important part of assessing whether the termination was lawful is to decide whether the government terminated the contract to get a better deal. If so, courts look at this very closely.

What are your legal obligations?

When the agency issues a contract termination notice, the Federal Acquisition Regulation imposes certain contractual obligations. For example, you must immediately stop the terminated work and immediately start to mitigate your damages.

The T4C Clause requires the government to compensate the contractor with specific statutory damages. In order to get the allowed damages, contractors must submit a government contract termination for convenience settlement proposal to the contracting officer within one year.

When deciding to submit your settlement proposal, you should pay special attention to the definition of allowable costs. Keep the following in mind.

Government contractors are entitled to recover under the reasonable expense of preparing and presenting termination for convenience settlement proposals, including reasonable legal expenses. See Dellew Corp., ASBCA No. 58538, 15-1 BCA ,i 35,975 at 175,783.  The problem is usually that the government almost will challenge your request for damages and the documentation and support for your compensation amounts.

Courts on appeal will agree with the government if you do not provide sufficient evidence to support your damages or compensation. When preparing termination for convenience settlement proposals, the main problem that you want to avoid is simply making conclusions or providing self-made spreadsheets.  Instead, you want to focus on providing actual invoices, timesheets or payroll and more defined evidence.

All claimed amounts must have been presented to the contracting officer. One of the most deadly legal mistakes that you want to avoid is making the conclusion that if the contracting agency denies your request for settlement proposal compensation you will increase the amounts on appeal. This is a very dangerous mistake.

Courts interpret the “best interest” standard very broadly in a government convenience termination case. There are situations when contracting officers terminate the contract only to immediately reissue a new contract for the exact services or products. In these situations, a court may look at the agency’s actions to see if the contracting officer simply seeks to get a better deal.

There are even cases where the agency may not like a specific contractor or somehow terminate the prime contractor to provide the work to another contractor. Courts are beginning to question the underlying motives of the agency when it comes to terminating a contract for convenience.

In the landmark case of Krygoski Const. Co. v. United States, 94 F.3d 1537, 1541 (Fed. Cir. 1996), the Federal Circuit Court ruled that the contracting officer cannot terminate a contract in bad faith or abuse his or her discretion.

If your company prevails in showing bad faith or an abuse of discretion, you can be fortunate to get common law damages over the statutory damages. See the case of TigerSwan, Inc. v. United States, 110 Fed. Cl. 336 (2013). As stated before, very few cases favor contractors on these topics.

What evidence do you need to prove that the government acted unlawfully?

Hard evidence is what a court looks for. Companies should seriously look at the level of substantive evidence they have when deciding to go down this path. Here are a few suggestions of evidence to gather before contacting a government contract termination for default clause attorney.

Tip: If you are seeking damages under the contract termination clause, the process allows you one year to submit a settlement proposal. However, you may want to consult with a lawyer at the early stages because government employees rotate or retire.

What is termination for default and how does it impact contractors? When the government terminates your company for default of the contract, the FAR simplifies the meaning of termination by default clause as the exercise of the Government’s contractual right to completely or partially terminate a contract because of a federal contractor’s actual or anticipated failure to perform its contractual obligations. This applies to fixed-price contracts or commercial items contracts.

The government usually will set up the default action by first issuing your company a cure notice and then a show-cause letter. When you get to the show cause phase, be mindful that a default termination action could be right around the corner.

The contracting officer can issue a termination for cause for the following main reasons. Failure to meet your schedule or deliver the government’s supplies or to perform the services within the time specified in this contract or any extension.

Under what authority can the contracting officer terminate a contract for default or cause?

Federal government agencies use the Default Clause , often referred to as termination for default clause, when contractors fail to meet delivery schedules, fail to comply with the terms and conditions of the contract or some other contract performance breach theory.

When considering the difference between a government convenience and termination for default, and the government’s contractual right to terminate a commercial contract, contractors should remember two things:

The government’s posture will be a lot more adverse than with a default case. Furthermore, the costs associated with termination for default clause are much different.

FAR Termination for Cause Penalties

What happens if you default on a government contract? Without properly defending your rights, you could face suspension or debarment and even lose the ability to do business with the government in the future. In addition, if you are not able to prove that the termination was unlawful, the contracting officer can even go after re-procurement costs and make you liable to the government for other associated damages. The termination liability action can also seriously impact your CPARS ratings.

Depending on the facts of the case, contracting officers make refer false claims to the Inspector General’s (IG) office. the consequences if there is a case against you can be devastating.  In such cases, you should be seeking legal advice and help from an experienced termination for default attorney. See information about liquidated damages.

The T4D Clause is essentially a breach of contract allegation.  The agency will allege that you have not complied with the terms of the contract. This puts your company in a tough position because it now has to defend itself and now put together evidence to present on appeal.

Can a Contractor Terminate a Government Contract?

What Factors does the Contracting Officer have to take into Consideration Prior to Termination for Default?

fThe contracting officer shall consider the following factors in determining whether to terminate a contract for default:

(1) The terms of the contract and applicable laws and regulations.

(2) The specific failure of the contractor and the excuses for the failure.

(3) The availability of the supplies or services from other sources.

(4) The urgency of the need for the supplies or services and the period of time required to obtain them from other sources, as compared with the time delivery could be obtained from the delinquent contractor.

(5) The degree of essentiality of the contractor in the Government acquisition program and the effect of a termination for default upon the contractor’s capability as a supplier under other contracts.

(6) The effect of a termination for default on the ability of the contractor to liquidate guaranteed loans, progress payments, or advance payments.

(7) Any other pertinent facts and circumstances.

When a default termination is considered, the Contracting Officer must issue you written notice and also decide which clause to apply. As mentioned above, he or she must consider the following factors:

(T4D) What is Termination for Default Government Contracts Appeals Process

When the agency issues a termination for default letter, contractors must make an informed decision to either appeal or not to appeal. This can be a tough decision but one that must be made. There are specified deadlines in place. The contracting officer’s final decision letter should tell you about those appeal deadlines.

Tip: You can certainly require the contracting officer to reconsider the decision. However, this request does not automatically suspend the deadline to file an appeal.

There is no legal difference between FAR termination for cause vs default. A government default termination appeal can be heard at the respective Board of Contract Appeals or the U.S. Court of Federal Claims. There are specific deadlines to file your appeal. Read more on how appeal courts look at contract T4D cases.

Contract Termination for Cause vs Convenience – Tips

Keep all records: To avoid problems, keep records of communications with the government. As stated earlier, the difference between termination for cause vs convenience is very fact-based.

Learn when defaults are converted to a termination for convenience.

If the Agency alleges that you have submitted false claims or there are re-procurement excess costs incurred, the Agency may put a hold on unpaid invoices. There many other issues when considering the difference between a contract termination for cause  vs convenience clause. Understanding your legal obligations and rights is essential to the outcome of your case.