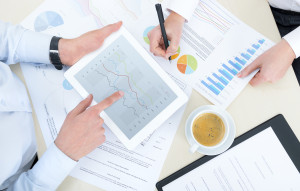 government contracting agencies. Even when you are proposing larger subcontractors you still have to meet certain proposal inclusions to get a favorable rating. There are a long list of technical proposal writing mistakes in government contracts bidding that you must avoid. The information below only touches the surface.

Including Large Businesses and Affiliates In Your  Government Contracts Proposal

Even when your technical proposal includes your affiliate’s performance record where the affiliate will be involved in the contract effort or where it shares management with you, it is inappropriate to consider that affiliate’s record where that record does not bear on the likelihood of successful performance.

Many government proposal writers include large businesses to gain an advantage of their past performance. However, you must consider more than just the company’s name. You still have to match your technical proposal to whether the past performance record matches up. Otherwise, your technical proposal could easily the rejected for award or you could even lose the award in a GAO protest.

Even if you are lucky to get the award, a mistake in your technical proposal writing efforts can be subject to attack if the agency attempts to attribute the experience and past performance of separate corporate affiliates that were not proposed to do any work or to otherwise provide resources under the contract.

Submitting request for proposal responses for high-valued government contracts can be disastrous if your proposal writers do not understand the nuances and costly landmines that await bidders. If you want consideration for any company whatsoever in your technical proposal or past performance record, you certainly must document how that company will be performing in the contract.

As you are happy with your technical proposal writing and ready to submit to the federal government, keep in mind that while a government contracting agency has broad discretion in making a trade-off between price and non-price factors (in negotiated solicitations), an award decision in favor of a lower-rated, lower-priced proposal must acknowledge and document any significant advantages of higher-priced, higher-rated proposals, and explain why they are not worth the price premium. These are all important considerations when you are planning to write your technical proposal.

Many large DOD contractors and even small businesses must be aware of the common mistakes made in technical proposal writing. Making a good presentation what may sound great also means that your RFP still has to pass scrutiny from government contracting agencies during source selection and technical evaluation. Even if you get the award, you also have to hope that you are not subjected to a bid protest. These are all crucial considerations when responding to a government Request for Proposal.

See the Level of Proposal Writing Services We Offer

For help Writing you next technical proposal for a federal government contract, call our proposal writing consultants at 1-866-601-5518. Free Initial Consultations.