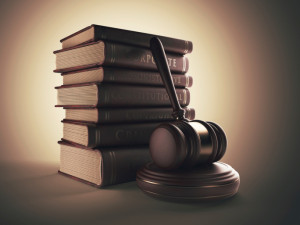 Watson & Associates’ size protest and size determination lawyers share important information to government contractors and small businesses that face adverse decisions stemming the contracting agencies or the Small Business Administration. The following cases had a national impact on how the SBA assesses affiliation.

Size Appeal of Argus and Black, Inc, SBA No. SIZ-5204 (2011) (overturns Area Office’s size determination and finding of affiliation through economic dependence because it was based only on one, small contract and did not satisfy the conditions for such a finding).

In this case, the SBA made clear error of fact or law in concluding that the protested concern is affiliated with a large concern though economic dependence. The Area Office concluded that this convoluted chain of address demonstrates that there is no clear line of fracture between Appellant, TSI and TSII. The Area Office emphasized that the address given on Appellant’s website is the same as TSI’s registered office address.

Our bid protest lawyers also argued the contract here lasted for only four months, generated less than $11,000 in revenues, and that the contract is the only contract between the firms. In this small business size protest determination appeal, we argued that its relationship with TSI does not reach the level of economic dependence required for a finding of affiliation.

The firm’s government contract lawyers further asserted that it has recently developed other sources of revenue.   On appeal, Watson further argued that a finding against our client would have a “chilling effect” on start-up firms, who would be required to avoid contracting with large firms in the start-up phase of operations.

In agreement the SBA Office of Hearings and Appeals (SBAOHA), in agreement, stated that “Further, it is simply not true that one small contract, regardless of what proportion it represents of Appellant’s revenues at the time, actually renders one firm dependent upon the other. In order to survive and prosper, Appellant must obtain a number of other contracts. If, over time, the great majority of these are with TSI or TSII, then a finding of economic dependence might be warranted.

But here, where the contract by itself is not enough to sustain business operations, a finding of economic dependence based upon it is not warranted.    The court held that in a case such as this, where the challenged firm has only recently begun operations either initially or after a period of dormancy, and is dependent upon its alleged affiliate for only one small contract of short duration, which by itself could sustain a business, that a finding of economic dependence is not warranted. Accordingly, the court found that the Area Office erred as a matter of law in finding Appellant economically dependent upon, and thus affiliated with, TSI, based upon its contract with TSI.

When litigating the small business size determination appeal, the court also found that “Watson & Associates, on behalf of Appellant has met its burden of proving that the Area Office committed clear errors of law based upon the record before it. Accordingly, this appeal is GRANTED, and the Size Determination is REVERSED.” Appellant is an eligible small business for the applicable NAICS code 611699.

Small businesses have to start somewhere. The point made during the size protest litigation, is that the SBA has to review each case on a case-by-case basis. It cannot simply paint a broad brush for every company.