A common problem under the Contract Disputes Act of 1978 (CDA) when the subcontractor engages in a subcontract with the General Contractor seeking pass through rights in the event of a claim against the federal government. Understanding the various levels of disputes is critical to how subcontractors should proceed. Subcontractor rights can be a touchy subject when it comes to submitting your claim. 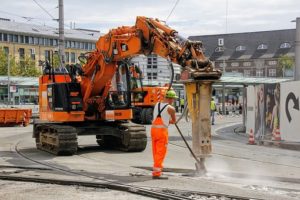 An argument can be made that small businesses that have passed through rights with the prime suffer a great deal because it has no rights under the Contract Disputes Act of 1978.

The only choices they have been:

Realistically, these are not practical options for a new small business that needs subcontracting work. The remaining logical approach is for subcontractors to understand the rules under the Contract Disputes Act of 1978 when it comes to pass through rights. See information about Appealing Government Contract Claims.

What is the Contract Disputes Act of 1978?

The CDA provides that a contractor can, upon receiving a final adverse decision from a contracting officer, either appeal the contracting officer’s final decision to an agency board of contract appeals or file a Contract Disputes claim against the government in the U.S. Court of Federal Claims under 41 U.S.C. § 7104.7. See  Request for Equitable Adjustment – What is a Government Contract REA?

The CDA only applies to contractors that are parties to the contract. When you are a subcontractor on a federal construction or involved in a services contract, even with a pass-through government contract claims agreement, the courts repeatedly have held that, as a general matter, subcontractors lack privity of contract with the federal government and thus cannot bring a claim.

Do You Have Subcontractor Rights? What is a Pass Through Contract?

In a Contract Disputes Act appeal to the Board of Contract Appeals or U.S. Court of Federal Claims, it is not valid to argue that pass through government contract claims rights from the prime contractor or entitlement to proceeds from a pass-through claim somehow avoids the privity of contract restriction.

Absent privity of contract, your pass through contract rights against the federal government under the Contract Disputes Act of 1978, can only be brought if the prime contractor brings the suit on your behalf as a pass through or sponsored claim. See E.R. Mitchell, 175 F.3d at 1373-74; see also Harper/Neilson-Dillingham, Builders, Inc. v. United States, 81 Fed. Cl. 667, 675 (2008).

You can only bring a CDA suit of this nature when the prime contractor has reimbursed its subcontractor for the latter’s damages or remains liable for such reimbursement in the future. If the main contractor somehow waives its rights to a government contract claim, subcontractor rights might also be arguable waived and the sub may be out of luck. See information about SCA fringe benefits.

The Contract Disputes Act of 1978 is supposed to resolve all controversies and issues by mutual agreement at the contracting officer’s level. However, this is not always the case. Contractors often find themselves in costly litigation when dealing with pass through agreements. The CDA is supposed to prevent this. See Construction Contract Claims Appeal for Government Contracts.

Has The  General Contractor Submitted a Compliant Claim Under the Contract Disputes Act of 1978? Under the Contract Disputes Act of 1978, a claim is defined as a “written demand or written assertion by one of the contracting parties seeking, as a matter of right, the payment of money in a sum certain, the adjustment or interpretation of contract terms, or other relief arising under or relating to the contract.”

This is a common problem. Large primes should develop a good subcontract that in essence protects the pass-through contract rights of subcontractors – typically small businesses.

A one-sided contract pass through language that in essence dumps the small business losses does not get the prime very far in the procurement community. On the other hand, subcontractors should negotiate contracts with pass-through language. Failure to accomplish this important task can produce fatal results.  See additional information about the Severin Doctrine. See also, SBA Fraud Cases – Defending Government Contract Fraud Allegations.

40 USC 3133 Miller Act Remedies in Construction Claims Disputes: Sometimes in a construction claim or a pass through agreement dispute, the subcontractor’s only remedy may be to file a Miller Act lawsuit in the proper United States district court against the prime contractor. Avoid the Government’s Defense of Anticipatory Repudiation in Government Contracts.

As compared to the Contract Disputes Act of 1978, the Miller Act, 40 USC 3133(b), provides a subcontractor with the right to bring a civil suit against the prime contractor in the appropriate district court for unpaid labor or materials. 40 USC 3133 (b )(1 ), (3). A particular statute of limitations requires such a suit to be brought within one year after the last of the labor was performed or material was supplied. See 40 USC 3133(b)(4).

As stated earlier, when it comes to federal contractor subcontractor disputes, subs with pass-through cost in contract claims agreements with government prime contractors can be at a significant disadvantage when applying the Contract Disputes Act of 1978.