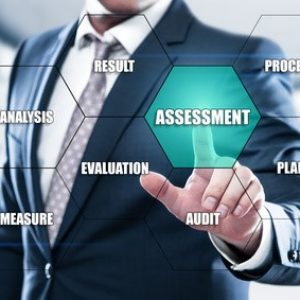 Appealing a claim to the Armed Services Board of Contract Appeals (ASBCA Cases) means that you first should have a Contracting Officer’s final decision as required under the Contract Disputes Act. Under ASBCA rules, you also want to ensure that you have not waived your right to appeal by agreeing to a dispute resolution provision within your contract.

What is the Armed Services Board of Contract Appeals (ASBCA)?

The ASBCA is a neutral, independent appeals court with jurisdiction to hear certain cases.  The Court’s primary role is to hear and decide post-award federal government contract disputes between contractors and the Department of Defense; the National Aeronautics and Space Administration; the Central Intelligence Agency, as appropriate; and other entities with whom the ASBCA has entered into agreements to provide legal services.  The ASBCA operates under the Contract Disputes Act (41 USC 7101-7109).  A substantial amount of cases on the court’s docket involve appeals by federal contractors from contracting officers’ final decisions or failures to issue decisions.

The Armed Services Board of Contract Appeals makes appeal decisions on appeals by government contractors from the final decision of the contracting officer or their authorized representatives or other authorities on disputed questions.

Prior to the Contract Disputes Act, the law was well settled that the jurisdiction for ASBCA cases, as the representative of the procuring federal agency to decide disputes under the Disputes clause of a government contract, was limited to those dispute appeals that could be resolved under a contract clause providing the remedy sought by the contractor. Although government lawyers may sometimes disagree, the United StatesArmed Services Board of Contract Appeals, as representative of the Secretary of Defense under the Disputes clause, exercises jurisdiction over contractor appeals on claims seeking equitable adjustments under contract clauses that specifically provided for such equitable adjustments, but it also hears appeals on contractor claims where the availability of the relief requested by the contractor was necessarily implied by the contract.

The Federal Circuit Court of Appeals held that by agreeing to the dispute resolution provision, the contractor had waived its right to appeal to the Armed Services Board of Contract Appeals.  Always have a government contracts attorney review all aspects of your contract before engaging in the ASBCA appeals process.

Basics When Filing an Appeal to ASBCA

When you file an appellate case at the ASBCA, your appeal will be processed under ASBCA’s Rules.  The court allows a contractor to represent itself without an appellate lawyer and ASBCA Rules provide for the accelerated processing of small contract claims, which can be as much as $150,000 in the case of a qualifying small business.  Most hearings, if required, will be held by a single Administrative Judge, either at the ASBCA’s offices in Falls Church, Virginia, or, if appropriate, in a location more convenient to the parties.  Most decisions are made by a panel of three Judges, as the ASBCA functions in a collegial manner.

Under the Contract Disputes Act (CDA), 41 USC 7101-7109, a government claim  must be “against a contractor relating to a contract.” 41 USC 7103(a)(3); see also Admiralty Constr., Inc. v. Dalton, 156 F.3d 1217, 1220 (Fed. Cir. 1998). You want to ensure that your contract claim meets the CDA requirement.  If you file an appeal with the ASBCA, and this requirement is not met, then your case will be dismissed for lack of jurisdiction. This is what having an experienced ASBCA Appeals Lawyer is critical.

Do you have to mention a specific contract number? Nothing in the CDA rules requires the claim to identify any contract by number, only that the claim relates to a contract. However, the ASBCA cases always suggest that when you submit a government contract claim, you should make all efforts to address the specific number of the contract.

Have You Been Terminated for Convenience and Want to Appeal a Claim to ASBCA?

A termination for convenience under FAR 52.249-2 converts the terminated portion of a fixed-price contract into a cost-reimbursement contract and provides for reimbursement of allowable costs incurred in the performance of the terminated portion of the contract subject to limitations such as FAR 49.203 (adjustment for loss). See New York Shipbuilding Co., A Division of Merritt-Chapman & Scott Corp., ASBCA No. 15443, 73-1 BCA Tf 9852 at 46,019 (predecessor standard clause); Caskel Forge, Inc., ASBCA decision No. 7638, 1962 BCA 3318 at 17,108.

Since the costs of producing defective work are normally reimbursable under a cost-reimbursement contract, a contractor that has been terminated for convenience is entitled to be reimbursed the costs of defective work incurred in performing the terminated portion of the work unless the government establishes that the expense resulted from the contractor’s gross disregard of its contractual duties.

For help with appealing a claims, termination or other Contract Disputes Act case, call one of Watson’s Armed Services Board of Contract Appeals Lawyers and ASBCA appellate attorneys for immediate help. Free Initial Consultation – 1-866-601-5518.