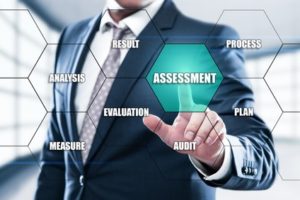 Government contractor defenses are commonplace during the performance of your contract. When the government makes an adverse decision against you, the next thing that a defense lawyer should do is to assess the facts, see if you have any legal defenses to the allegations, then attempt to negotiate the issues before the agency.

Only when the contracting officer fails to amicably resolve the issue should you have to defend the matter in court.

Terminations for Default: A government contractor defense often arises in the case where the government alleges that you did not comply with the terms and conditions of the contract. The result is a termination for default.

As compared to commercial contracting, there are specific court decisions that address your potential defenses. For example, the agency may have created a situation where it would have become difficult for you to perform. As such, any cure notice given would be meaningless.

When you face a threat of termination for default, you may want to consider contacting a defense lawyer immediately. This can prevent further facts that could develop but not in your favor. You also want to advise him or her about the facts leading up to the adverse action. The government simply cannot create a situation that puts the contractor at risk of non-performance. See information about SVOSB fraud.

Some of the common defenses available to you as a contractor could include:

Another common trap faced with government contractor defense is when it is brought up for the first time in the appeals court.  For example, if you assert a set-off of damages sought by a federal agency, you should have brought the issue at the agency level.  This is but one hurdle that a defense lawyer could face. See M. Maropakis Carpentry, Inc. v. United States, _____ F.3d _____, No. 2009-5024, (Fed. Cir. June 17, 2010).

Yet another situation where government contractors may have to get in to a defensive posture is when the agency alleges a false claim violation.

As you can see, government contract defenses to these types of allegations are very fact-specific. As attorneys, we always suggest that you keep sound documentation as you perform your project because as time accrues, you may not always remember the fine details that help you to develop a viable defense.

Can The Government use Its Sovereign Immunity Defense Against Contractors?

The Tucker Act, initially enacted in 1887, added to the jurisdiction of the Court of Claims by formally waiving the government’s sovereign immunity for claims “founded either upon the Constitution, or any Act of Congress or any regulation of an executive department, or upon any express or implied contract with the United States.”

The Supreme Court has explicitly confirmed that “by giving the Court of Claims jurisdiction over specified types of claims against the United States,” the Tucker Act “constitutes a waiver of sovereign immunity with respect to those claims.” This is a hurdle that government contract defense lawyers must watch out for.

The Tucker Act does not explicitly identify the substantive law that governs a contracts-based claim. While claims founded upon a particular “money-mandating” statute refer to the statute itself as providing the governing substantive law, when a claim is founded simply upon contract, the source of substantive law is the federal common law of contracts.

Small businesses are often issued subpoenas for documents and testimony. The question is usually, how much do you have to cooperate with federal law enforcement agencts? The answer is that you generally have to cooperate fully. However, you do have legal rights. For example, you are cannot be compelled to give testimony that is self incriminating or that can lead to criminal liability. Defense contractors should protect their rights early into the investigation process. At Watson & Associates, our government procurement fraud lawyers can help with allegations of violating government contract laws. See infomation on how to respond to government investigations.