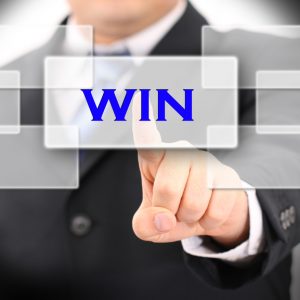 The HUBZone Program (Historically Underutilized Business Zone) is a United States Small Business Administration (SBA) program that provides some level of government contracting preferences for small company owners that operate their principle place of business in a designated consensus track and also provide jobs to employees who live in a HUBZone. To meet the HUBZOne definition, small businesses must also meet the 35% employee residency requirement.

The HUBZone program was developed under the HUBZone Empowerment Act created by the US Congress in 1998. Congress gave the SBA exclusive authority to oversee the HUBZone Program.

After you get SBA HUBZone certified, can walk into deadly landmines when trying to meet the HUBZone bidding qualifications and requirements for HUBZone small business set-asides.

The rules are very strict. Failing to meet them can cause you to lose out on millions in business revenues.

To qualify for the SBA HUBZone Program, your small business (except tribally-owned concerns) must meet the following requirements:

Under the 13 CFR 126.300, to participate in the SBA HUBZone Program, small businesses must first get certified through the SBA. One of the most common mistakes made by applicants is  meeting the program’s 35% residency requirement. 13 CFR 126.200(b)(4) requires that “[a]t least 35% of the [business’s] employees must reside in a HUBZone.”

This issues usually surfaces during HUBZone set-asides when bidder must meet the HUBZone eligibility requirements both at the time of the bid offer  and award.   The US Court of Federal Claims has addressed this very issue in a recent bid protest case.

What is an employee under the HUBZone regulations?  Under 13 CFR 126.103, the definition of  “employee” means “all individuals employed on a full-time, part-time, or other basis, so long as that individual works a minimum of 40 hours per month.”

Under the HUBZone regulations, the SBA qualifications guidelines look at “the totality of the circumstances, including criteria used by the IRS for Federal income tax purposes and those set forth in SBA’s Size Policy Statement No. 1.”

Also, if there are objections related to a statutory or regulatory violation, such as SBA HUBZone regulations, that are in connection with the specific procurement or proposed procurement, the Claims Court has jurisdiction to hear your case. See Sys. Application & Techs., Inc. v. United States, 691 F.3d 1374, 1380–81 (2012).

Avoid Costly Mistakes in SBA Program Litigation. See What We Do to Help