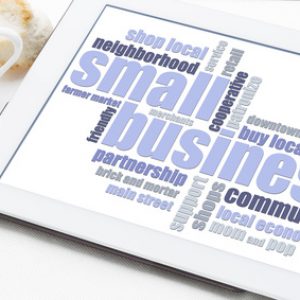 Appeals (OHA) ruled that the SBA Area Office correctly dismissed the small business size standard protest for lack of standing because, by refusing Contracting Officer’s request to extend the offer acceptance period, the small business firm had removed itself from competition)

In AeroSage, the company chose not to extend its offer acceptance period in the solicitation. By doing so, it created the legal effect of removing itself from the bidding competition. Therefore, there was a lack of standing to bring an SBA size protest. When the SBA dismissed the small business size standard protest, the contractor filed an appeal to SBA OHA.

Under Small Business Size Standard Rules, Who Can Bring an SBA Size Protest?

Under small business size standard rules, 13 CFR 121.1001(a)(7), “[a]ny offeror” may bring a size protest on an unrestricted procurement, provided that the challenged firm represented itself as a small business concern. Size Appeals of Pacific Power, LLC, SBA No. SIZ-5520, at 5 (2013).

When is There a Lack of Standing? Just as for any case, a litigant must be an interested party and have standing to file an SBA small business size standard protest. The SBA Office of Hearings and Appeals made it clear that because the Appellant would have to be an offeror to bring a size protest, and it declined the agency’s request to extend its offer, the contract lacked standing to bring the size protest. See information about the Runway Extension Act.

For small businesses that e are interested in filing an SBA Size protest, you must always look to see if you are still on the list of considered offeror’s. For example, if you were eliminated for reasons other than size, you may also lose standing. What if your company was not next in line for the contract, would you have the standing to bring an SBA size protest. Many GAO court decisions would say that there is a lack of standing to file a protest. What the SBA says could be different.