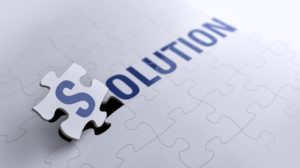 contracting.  As best practices for small business success in government contracting, they are vital when bidding for substantially large contracts, such as federal government agency projects.

However, federal contractors should avoid some the most costly legal mistakes when bidding on government contracts. Problems usually arise when using an independent contractor agreement instead of employees in your technical and management approach.

Another related area of contention is whether a Teaming  Contract is an enforceable contract.  While teaming may provide great benefits to your company, it is imperative that your teaming agreement is drafted properly and that the contract agreement does not include clauses that can hurt you in a bid protest.

Be sure your contracting agreements are beneficial to your company.  Avoid making the deadly mistake of drafting teaming agreement to submit with government bids and then entering into a second agreement that supersedes the original agreement.  Well-written contractor teaming agreements used for teaming will address essential elements that the government relies on to make the award. A changed subcontractor agreement that materially changes the contract terms can raise criminal concerns under limited circumstances.

A carefully worded Contractor Teaming Agreement can help a subcontractor get the work promised at a fair price.

As the business relationship matures and as contractors perform more government contracts, and the parties agree to become exclusive, teaming arrangements are also necessary.  Companies should be mindful that a long relationship between companies that sign an exclusive independent contractor agreement could potentially lead to dependence disputes in a small business size protest.

What to Look for in a Teaming Agreement to Avoiding affiliation

When you decide to find a teaming partner for your next government contract, you want to consider whether or not the company is similarly situated small business. Prime contractors want to make sure that they do not put themselves at risk for affiliation under SBA rules. Knowing what to look for ina teaming agreement can be tricky. The first concern is to avoid affiliation. When a contract is awarded pursuant to a small business set-aside or socioeconomic program set-aside or sole source authority, a similarly situated entity subcontractor is a small business concern subcontractor that is a participant of the same SBA program that qualified the prime contractor as an eligible offeror and awardee of the contract.

Small businesses should be aware that a teaming contract and a joint venture agreement have very different rules in practice.

Knowing just what is affiliation when to implement your contractor teaming agreement best practices is a complex task simply because of the many legal issues that can arise. There is a multitude of cases that address the various situations where a teaming relationship can cause problems. Importantly, companies should be mindful of when to use a teaming contract and the possibility of long-term exclusive agreements creating dependency issues.

Although the SBA’s new rules minimize the possibility of affiliation with a subcontractor agreement, having an exclusive arrangement can lead to trouble.. It typically arises when your competition challenges your small business size standard in an SBA size protest. You can lose the contract if the protestor prevails.

When you are submitting a new government bid in response to a federal proposal, make sure that the terms of your  teaming contract are well written and it refers to the specific procurement at hand.  Be also mindful that having an exclusive teaming agreement could create an argument of unusual reliance. See also information independent subcontractor contracts in government contracting.

Requirement for a Subcontract

In government contracting, there is a subtle difference from a teaming agreement vs subcontract.  As one of your teaming best practices, you also should be aware of the pitfalls to avoid when deciding whether your particular agreement is an enforceable contract in court. Having a contractor services agreement is one step in the right direction.

In one case, the Court concluded that the contract was merely an “agreement to agree” and not an enforceable contract.  The court of appeals reversed the circuit court, first holding the teaming contract Agreement is not incorporated into the Subcontract.  The Court merely held that this particular contractor teaming agreement was not enforceable.

As one of the many government teaming contract best practices, small businesses and subcontractors should draft a separate subcontract. Your Subcontract should identify the teaming contract with sufficient particularity to incorporate the agreement as a whole.  In other situations, you may want to include a proposed subcontract as an exhibit.

REGISTER FOR OUR 2108 TEAMING AND JOINT VENTURE CLASSES TODAY

Avoid Costly Mistakes, Sign up for our Joint Ventures and Teaming Training

For help developing and knowing what to look for in  teaming agreements or exclusive teaming agreement best practices, call our government contract law attorneys at 1-866-601-5518 for a FREE Initial Consultation.