Under FAR 9.6, government contractors can submit bids using teaming arrangments that allow subcontractors to perform under the upcoming contract. This strategy 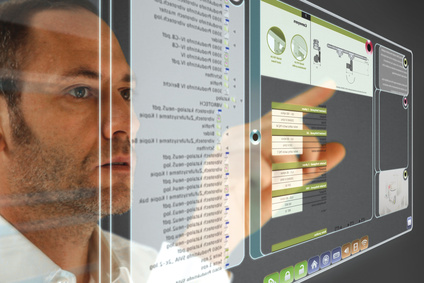 is beneficial for at least two reasons when looking for a potential subcontractor.

First, small businesses can use this strategy to reach larger projects because the source selection team can consider the past performance of the teaming partner (unless the solicitation expressly states otherwise).

Second, the agency can consider utilizing a teaming partner as having less risk in the overall ability to technically perform.

Purpose of Teaming Agreement When Bidding

A contractor Teaming agreement  (CTA) is a general contractor-subcontractor agreement between two companies that intend to work on a federal government project.  They are allowed simply for federal contracting agencies to see that the prime and subcontractor have some level of commitment for purposes of proposal evaluation.  Sometimes the RFP may even ask bidders to submit commitment letters from the teaming partner (who is actually a subcontractor).

When deciding whether your CTA is enforceable in court, judges suggest that the document is simply an agreement to contract if the agency awards the contract to the prime contractor. Therefore, it is nothing more than half-baked subcontractor agreement with the general contractor.

Possible Solution When Trying to Enforce Your Rights

To make sure that each party’s legal rights are protected, some attorneys suggest that you draft a separate subcontract in addition to the teaming agreement (subcontracts are governed by state laws).

Others suggest that you incorporate the subcontract into teaming agreements. Logic suggests that drafting a doing both would strengthen the relationship and any legal rights.

As noted in the Cyberlock case, the court found that teaming agreements “ lacked the essential elements of a contract.

The court also noted that since there was not yet an award the parties were not in a position to specify the terms of the “anticipated contract.” See also the limitations on subcontracting requirements and related  FAR clauses.

This can be a costly legal mistake without putting other contracting vehicles in place to protect the legal rights of each party. There are court decisions that reinforce this point. Failing to adhere to these court decisions can cost companies large amounts of legal fees all for nothing.

Although government contractors are not sure about the enforceability of the teaming subcontractor agreement as compared to a joint venture, the government will still require one in its solicitations. This shows the agency some level of commitment between the prime contractor/offeror and the subcontractor. One thing that each contractor team arrangement should include is the “choice of law” clause. Why is this important?

There is a national state of confusion as to whether your teaming arrangement is enforceable in court or could be viewed as a standard subcontractor agreement. Many small businesses are not quite certain of the differences in a teaming agreement vs subcontract. If you are in a state that believes that the contracting teaming arrangement is enforceable, then picking such a state as the “choice of law” could be beneficial. However, you will have the burden of knowing how that particular state looks at teaming agreements.

As federal contractor team arrangement attorneys, we tend to agree with the Cyberlock case analysis, Cyberlock Consulting, Inc. v Information Experts, Inc., 939 F. Supp. 2d 572 (E.D. Va. 2013).  The Virginia Court, in that case, ruled that the subcontractor agreement was not enforceable. The legal analysis was that the agreement did not have sufficient details to meet the elements of a contract.

If you are in a state that finds a teaming agreement enforceable, there could be some improvements to the generic templates that most federal contractors use. Some items to include may be to:

These are but a few possibilities. Speaking to a government contracts attorney that understands the ins and outs of a government subcontractor agreement can be of benefit.

Tip: If you are a named subcontractor in a government bid, the prime would also have to go back to the Contracting Officer to advise them of a change. Find out more about contractor best practices.

For additional questions about federal contractor relationships, joint venture applications or about whether your teaming agreement is an enforceable contract in court, Call Watson’s Government Contract  lawyers at 1-866-601-5518 for additional information.

Avoid Costly Mistakes With JV Agreements
What You Should Know Before Entering Into A Joint Venture Arrangement. Meet the Basic Legal Requirements.
Find Out
AVOID THESE COSTLY MISTAKES

WHAT YOU SHOULD KNOW BEFORE ENTERING INTO A JOINT VENTURE ARRANGEMENT

11 comments on “Is Your Contractor Teaming Agreement An Enforceable Contract?”