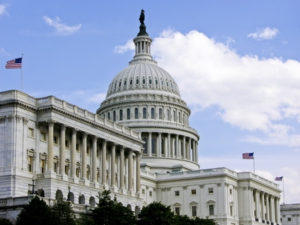 In a recent case, the US Federal Circuit Court of Appeals (CAFC)dismissed a case in part because Plaintiff could not show privity of contract with the federal government.

This is a costly mistake that companies should be aware of when they contemplate filing any type of case related to a federal government contract.

The Appellants, Edison Company, San Diego Gas & Electric Company and the state of California filed an appeal from the Court of Federal Claims against the United States Government and claimed the government overcharged them for electricity.

When presenting the case to the lower court, the United States Court of Federal Claims, the case Claims Court dismissed their breach of contract action for lack of standing.

When reviewing the case on appeal,  the US Court of Appeals for the Federal Circuit (CAFC) decided that the appellants lacked privity and standing. Also, the Court made reference to the fact that the appellants could still seek remedies against those parties through which there was privity.

Lack of privity defense for Government: When companies consider filing a lawsuit against the federal government, they must first see whether there is privity. Normally, privity of contract is between the prime contractor and the government. Subcontractors generally do not have privity unless the government’s actions somehow extinguish such a defense to the lawsuit.

Standing to file suit: As the US Federal Circuit Court of Appeals  stated,  “[s]tanding is a threshold jurisdictional issue that implicates Article III of the Constitution.” Citing S. Cal. Fed. Sav. & Loan Ass’n, 422 F.3d at 1328. “Not only is privity a fundamental requirement of contract law, but it takes on even greater significance in cases such as this, because the ‘government consents to be sued only by those with whom it has privity of contract.’” Id. (quoting Erickson Air Crane Co. of Wash. v. United States, 731 F.2d 810, 813 (Fed. Cir. 1984)).

In making its decision, the US Federal Circuit Court of Appeals pointed out that a narrow exception to the privity of contract requirement can exist when a “party standing outside of privity by contractual obligation stands in the shoes of a party within privity,” such as when a party can demonstrate that it was an intended third-party beneficiary under the contract, Citing First Hartford Corp. Pension Plan & Tr. v. United States, 194 F.3d 1279, 1289 (Fed. Cir. 1999), or when a party can demonstrate that a prime contractor acted as a purchasing agent on behalf of the government in contracting with a subcontractor. See Nat’l Leased Hous. Ass’n v. United States, 105 F.3d 1423, 1435–36 (Fed. Cir. 1997); United States v. Johnson Controls, Inc., 713 F.2d 1541, 1551 (Fed. Cir. 1983).

Application to Government Contractors: When government contractors contemplate file a claim against the government or bringing some other level of a lawsuit, bid protest or otherwise against the federal government, they should make a conscious effort to see whether or not they are an interested party or otherwise have standing to file a lawsuit. The government may use the lack of privity defense to get the case thrown out. See dangerous warning sent to prime contractors under new SBA rules.

For additional questions or help filing an appeal to the U.S. Federal Circuit Court of Appeals (CAFC), call the government contracts lawyers at Watson & Associates, LLC for a FREE Initial Consultation. 1.866.601.5518.